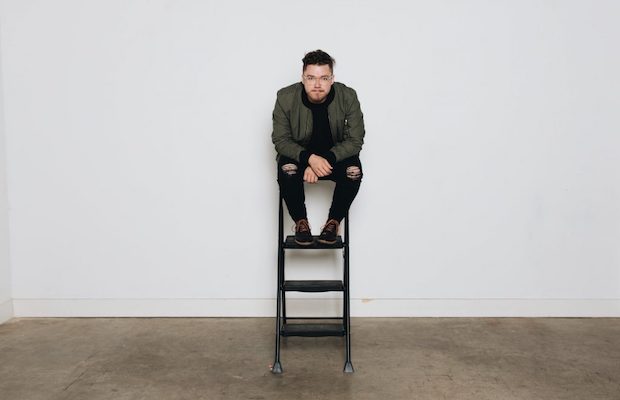 Nashville based songwriter Kenny Fleetwood has been hustling his way around writing and band projects since moving to town a decade ago. As a fixture of the local pop scene, Fleetwood wrote tracks for site favorites CAPPA, Nightly, Quinn Lewis, Jeffrey James, Daphne Willis, Lukr, and more. With the release of new song and video “Now & Then,” Fleetwood turns all that energy towards his own music with newly minted solo project H. Kenneth.

The video for “Now & Then” is a slow-burn, one-take glimpse into a cowboy’s final moments. Produced by Nashville production company GOLDFOX, the visual takes it time revealing how H. Kenneth landed mortally wounded in a dusty old barn. Did he deserve it? Probably! But that’s up to the viewer to decide. “Now & Then” is H. Kenneth’s first release ahead of debut album This Is A Journal. The track sports high-noon whistling, jaunty guitar lines, and resigned, rich vocals.

Upon moving to Nashville from Central Wyoming back in 2008, Fleetwood formed pop punk band Farewell Fighter. The band earned praise from outlets like Alternative Press and even opened up for Twenty One Pilots before disbanding in 2011. Fleetwood began honing his production and songwriting craft over the next several years, landing placements in T-Mobile, Intel, VW, HBO, McDonald’s, ABC Family, and Samsung spots.

Going forward into the latter half of 2018, Fleetwood plans on more releases as H. Kenneth, along with new music coming from pop band project Arrow Kids. For now, watch the video for “Now & Then” below, and see H. Kenneth live this Friday, Aug. 10 at a special performance and listening party at Analog (RSVP here)!