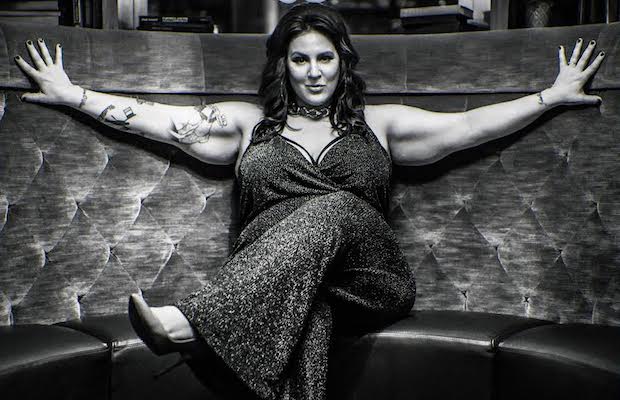 In the few years since, Alanna have continued their rise as a critically-beloved, road-worn musical powerhouse, cementing their status as legends in the local scene. We’ve been hearing chatter of new music for a couple of years now, and, finally, after tons of hard work, recalibration, and self-reflection, the group’s sophomore album is imminent. Dubbed So Bad You Can Taste It, Alanna Royale’s new record will arrive tomorrow, Aug. 3, and is currently available to pre-order in physical and digital formats (and 10% of proceeds will go to benefit LGBT youth outreach program Just Us).

Early last month, the band gave us a first taste with incredible, triumphant new single “I Know,” along with a ridiculously cool accompanying video, showcasing a diverse array of local artists, musicians, dancers, and performers who use their feminine bodies and energies to express themselves artistically. Confident, lighthearted, and anthemic, the track and video embody all of our favorite things about Alanna Royale and turbocharge them with a renewed sense of focus.

With their latest new tune, “Cruel Cruel World,” the band take a much more serious turn, with Quinn-Broadus penning some of her most vulnerable, confessional, and earnest lyrics to date. Ahead of its release, she explained “this song comes from a place of deep pain and confusion. wondering why some people are born to carry the burden of being ‘different’ or ‘damaged’. some of us walk through this world feeling truly unfixable. addiction, depression, rape, gender dysphoria, abuse, neglect, too fat, too gay, too dark – the list never ends. some of us die never finding the peace or the support that we all deserve as human beings. ‘cruel cruel world’ was written when i was in a hole. i didn’t know how i would ever find my way out but thankfully i wasn’t alone. and neither are you.”

In their recently released video for the track, shot and edited by Jason Lee Denton, Alanna expertly conveys the emotional complexity and difficult subject matter of the song, delivering an impassioned rendition in moody red lighting as the camera hovers close to her face. Coupled with “I Know” (you can watch both new videos below), “Cruel Cruel World” really flexes Alanna Royale’s incredible range, both musically and personally, and we’re already warming up a spot for So Bad You Can Taste It on our year-end list in anticipation for the rest.

The band will perform live tonight, Aug. 2 at The Basement East for Lightning 100’s Thunderground, along with Bearing Torches, Mr. Gabriel, and Elise Davis. The show is 21+, begins at 8 p.m. (doors at 7 p.m.), and tickets are just $5!