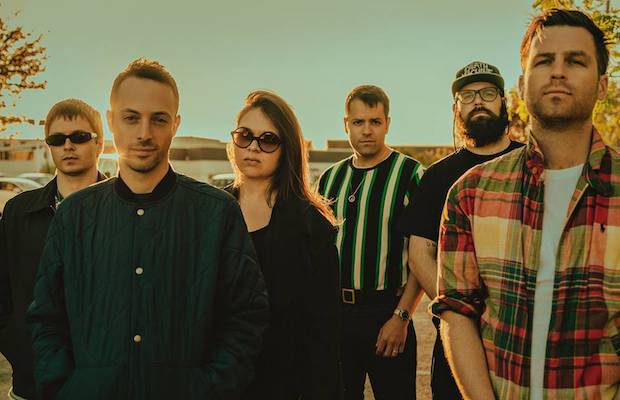 Since first springing out of the Toronto underground hardcore scene nearly two decades ago, prolific outfit Fucked Up have become one of the most interesting, enduring, and constantly evolving acts in the scene, attracting critical acclaim and a cult following along the way. Though it’s been four years since their last formal full-length, 2014’s Glass Boys, Fucked Up have been far from idle in the time since, touring constantly, and releasing soundtrack and compilation contributions, singles, and unconventional efforts like their ongoing series inspired by the Zodiac calendar.

After nabbing a new deal with Merge Records, however, Fucked Up are finally prepping to release their proper fifth full-length, a trippy, doozy of a double album called Dose Your Dreams, on Oct. 5 (pre-order on digital or physical formats now). Continuing the trajectory the band have adopted in recent years, the album takes a conceptual, philosophical, genre-bending, and psychedelic bent; an experimental, smart, sonic leap from their more conventional hardcore beginnings, and a testament to why this band transcends the scene they came up in.

In honor of their forthcoming release, the group recently dropped a new single, “Raise Your Voice Joyce,” a weird, wonderful sonic gut-punch that immediately sets the template and raises our expectations for the rest of the sprawling double disc. Fucked Up also recently announced a short run of North American dates this fall, with a Nov. 13 appearance at The High Watt marking their return to Music City for the first time since an absolutely insane show at Third Man three years ago. Check out a full list of dates, hear the new single below, and grab tickets for the Nashville stop right here!