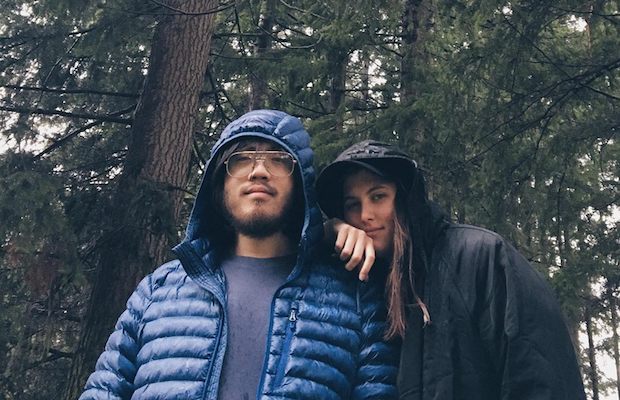 On the road in support of their excellent, brand new sophomore LP forever & ever, Orlando indie pop duo SALES return to Nashville for the first time in a couple of years to headline The High Watt on July 28, with recently reformed, dreamy indie pop outfit No Vacation. Both excellent acts on the rise, beloved by the blogosphere, if you haven’t yet gotten hip to either band, we suggest you correct that immediately, then grab a ticket here to see what they’re all about in person! Or, if you’d rather leave it to chance, we’re also giving away a pair of tickets to one lucky fan! Read on for more about the show, and enter for a chance to win below.

Made up of longtime friends and collaborators Lauren Morgan and Jordan Shih, Orlando, Florida’s SALES formally came together in 2013, self-releasing their debut single “renee” to swift online praise. Remaining fiercely independent ever since, SALES were, by 2014, one of the most buzzed about new bands with nothing more than a handful of tracks to their name, dropping an eponymous debut EP that year, and their first full-length, also self-titled, in 2016. With their atmospheric, improvisational, electronic and sample tinged style of artsy, indie pop minimalism, fused by Morgan’s airy, enigmatic vocal prowess, the duo have become darlings of the indie scene, amassing praise from virtually every trendy blog and outlet worth reading, and with their brand new sophomore effort, forever & ever, they sound as confident, adventurous, and refined as ever. A must-know rising act, SALES’ return to Nashville should be at the top of your spring radar.

Formed in 2015 in San Francisco, No Vacation found swift early traction with a pair of promising mixtapes, sharpening their dreamy, wistful, surf-inspired, west coast indie pop sound. Nearly as soon as they arrived, however, the group split, going on an indefinite hiatus just as they had begun to find an audience. Reforming a year later, No Vacation are back with an altered lineup and a refreshed sound, culminating in last fall’s Intermission EP. Now based in Brooklyn, the band are solidly on their second wind, working towards a new full-length, and once again finding widespread critical acclaim. They’re a perfect compliment to SALES, so don’t be late!

Winner will be announced Friday, July 27 at 8 a.m. CDT, and will receive one pair of tickets. Good luck!