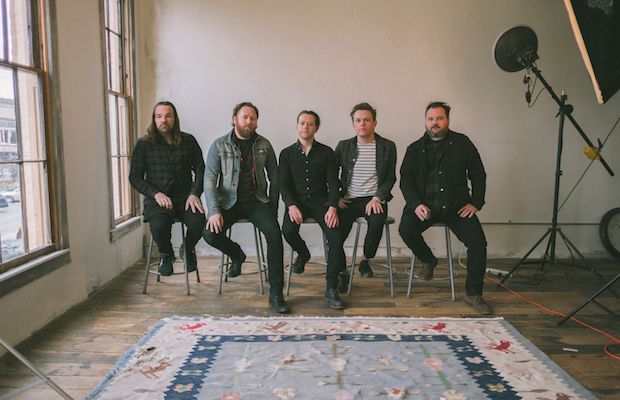 One of the most iconic and influential emo bands of all time, if not quite the mainstream household name of some of the groups they helped influence, Kansas City rockers The Get Up Kids erupted onto the scene with their 1997 debut full-length, Four Minute Mile, following it up with one of the most and most iconic records of all time, emo, indie, or otherwise, with 1999’s Something to Write Home About. The early ’00s saw emo and pop punk explode at a widespread level, and in support of two further well-received LPs, TGUK toured with breakout acts like Green Day and Weezer, beloved by the scene and always on the cusp of broader recognition, before briefly disbanding in 2005.

Three years later, The Get Up Kids became came together once more, and have remained intermittently active over the last decade, releasing an EP, a 2011 fifth full-length, There Are Rules, and touring off and on, while maintaining commitments to various solo projects and other bands, and as well as outside ventures. Still dialed into emo’s best era, they’ve managed to update their sound without reinventing it, and last month released an excellent new EP, their first record in seven years, called Kicker. Tonight, July 20, they return to Nashville for the first time in just as long, to headline Mercy Lounge– an intimate treat for longtime fans and connoisseurs of classic, quality emo and indie rock.

Tapped to support, LA’s Racquet Club sprung out from the ashes of The Jealous Sound, which, in turn, was fronted by Blair Shehan of classic group Knapsack. Like The Get Up Kids, these guys are golden era emo royalty who never quite got the due they deserve, albeit in the form of a new project. And opening things up, Brooklyn’s Ageist seem to be the revamped version of prior project Without, adopting an accessible pop punk infused sound that feels primed to get things off. Grab tickets while they last!