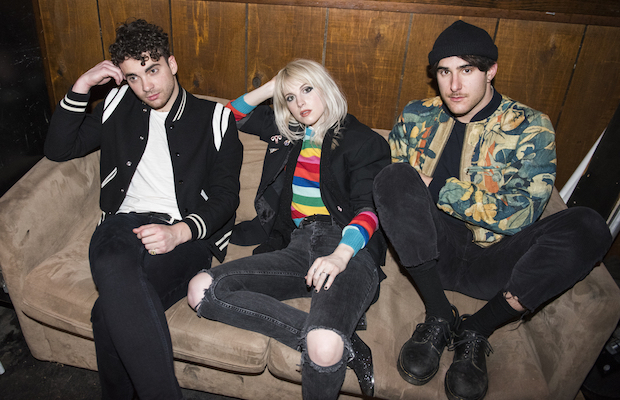 HEAD HERE FOR A CHANCE TO WIN TICKETS!

On the heels of a stellar debut performance earlier this month at Bonnaroo, and currently in the midst of “Tour 5,” the fifth leg of dates in support of last year’s phenomenal fifth album After Laughter, beloved local alt rock outfit Paramore have announced one more very special hometown event, as they began to wind down this record cycle (or “era,” as they like to dub it).

Called Art + Friends, the performance will take place Sept. 7 at Municipal Auditorium, where the group have played in years past, but more than just a concert, the event is intended as a celebration of the Nashville’s wonderful alternative music and art scene, and will showcase a stacked supporting lineup of local performers, local art, local venders, and more.

Joining Paramore are a slate of acts regular readers should be more than familiar with: COIN, Bully, Canon Blue, Liza Anne, and Nightingail– an excellent sample of some of the amazing music coming out of Nashville right now. Tickets go on sale Friday, June 29 at 10 a.m. CDT right here, with a special pre-sale for members of Paramore.net underway now using code ‘CAUGHT’!

This a supremely cool idea, and just the latest example of the Grammy winning, homegrown group using their success and influence to shed light on some of their lesser-known local peers. With this tour cycle, especially, Paramore have been particularly rooted at home, writing and recording After Laughter here, and opting to play secret shows at spots like Exit/In and The End, amidst international tour dates.

Along with the Art + Friends announcement, the group also released a brand new music video this morning, for recent AL single “Caught in the Middle.” Collaborating once again with creative animation studio Computer Team, the video adopts a blissfully ’80s vibe, inserting the band into whimsical and surreal retro animated environments. Watch it below!

Winner will be announced Wednesday, July 25 at 12 p.m. CDT, and will receive one pair of tickets. Good luck!