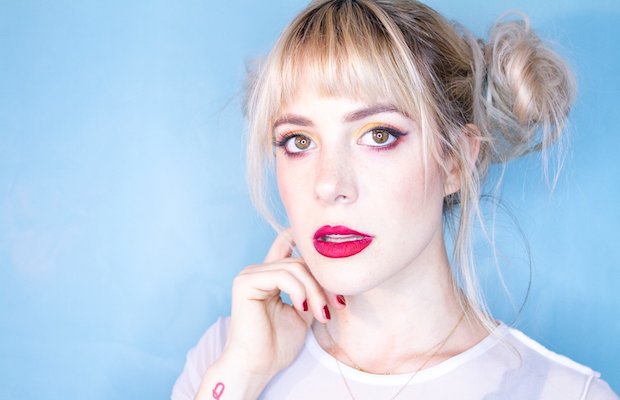 Since bursting onto the local scene with her eponymous debut EP in early 2015, and following it up with a series of well-received tracks and a sophomore effort, Queen of Hearts, in 2016, local electropop singer and longtime site favorite CAPPA has reigned as one of the most promising and important figures in the increasingly flourishing Nashville pop realm. Building on a past in the rock world, CAPPA has found a style that feels throughly modern and immensely relevant, paring personal, relatable, and often empowering themes with flourishing synths, dance-ready beats, and fresh, trendy production, juxtaposing moody and layered musical textures with catchy, singalong primed hooks.

A darling of the blogosphere, amassing streams in the millions, CAPPA had a comparatively quieter 2017, electing to play only a handful of shows (including our rooftop Acme showcase), and releasing just one original tune that wasn’t a remix, collab, or cover- the well-recieved, anthemic banger “Waste My Time.” Hard at work on new music, CAPPA recently relocated to Los Angeles, and just last week dropped a stellar new single, “Tension,” which adopts an even more modern, electric, and dreamy bent, and feels destined to be a hit. Tonight, June 13, CAPPA returns home for a free, 21+ performance at trendy new show space Analog (at the Hutton Hotel), along with  a stripped-down set from site favorite Jeffrey James, and a DJ set from Mokita– easily one of the coolest shows of the week.

We’ve been singing the praises of local r&b/pop artist Jeffrey James for several years now, who commanded our attention with 2016’s Walls EP, and followed it up with a sonic leap forward on his latest, last year’s Unsaid. James has continued to dominate the blogosphere with positive press, high-profile playlist spots, and worldwide attention, appearing on some incredible collaborations, performing at festivals, and continuing to craft excellent new tracks and lush, cinematic videos. A local DJ and producer turned vibey pop artist, Mokita has been dropping some great new tracks as of late, including his latest, “Love Alone,” but tonight he’ll just be playing a DJ set. All of this artists are great fixtures of the local pop scene, and a chance to see them for free is one you don’t want to miss!