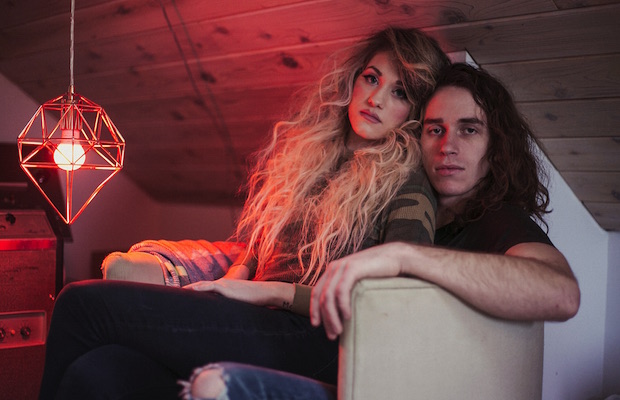 It’s been a a couple of years now since beloved local rockers Moseley seemingly fizzed out, but that hasn’t stopped frontwoman Suzie Chism from returning under a new moniker: SUP. An acronym for Suzie Under Pressure, SUP. first emerged early last year with an excellent first single, “Palm Tree,” and has since dropped a few more official tunes like “Better Never” and “Girl Gone Wrong,” while hard at work on a proper debut record.

Adopting a breezy, modern indie meets ’90s alt rock influenced sound, in the vein of No Doubt and Hole, SUP. was originally conceived of as a solo vehicle for Chism, but has since morphed to more formally include engineer/multi-instrumentalist Paul Cossette. With plans to soon relocate to Los Angeles to continue to pursue the project, as well as operate as a writing and production duo, SUP.’s Nashville appearances are becoming a rarity, so their performance tonight, June 13 at The East Room, along with a stacked local lineup of Bang OK Bang, Lauren Stange, and fauno halø is an especially enticing mid-week pick!

While only intermittently active lately, seemingly not having played a show in over a year, sludge/punk/metal duo Bank OK Bang, which includes Moseley drummer Abby Hairston, have been a fixture of the local underground for a number of years, and always deliver a loud, badass, rock-fueled live show. Longtime site fave (and former contributor) Lauren Strange plays a stellar style of grungy, indie alt rock that vibes well with SUP., and she’s celebrating an excellent new EP, SHAKE, so you can expect some new tunes. And fauna halø is the musical alias of  experimental alt/indie rocker Aubriana, who gained acclaim in her native Florida for her impressive “one-woman-band” performances, which she’s often expanded to a more formal band setup in recent years. All of this local awesome will set you back only $5; don’t miss it!