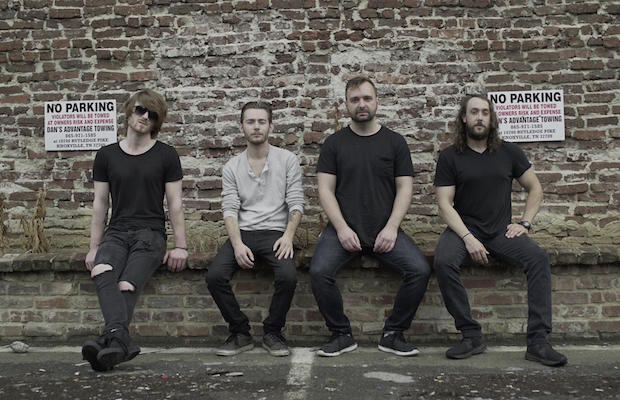 Hailing originally from Knoxville, Elijah Newman crafts a flavor of punk that infuses elements of folk and heartland rock, landing in a territory similar to performers like The Gaslight Anthem, The Menzingers, Frank Turner, or Chuck Ragan. Along with his band, Elijah Newman & The SideEffects, the singer, who started as a worship performer in his teens, and moved to Nashville a few years back to attend Belmont, have released two EPs in recent years, 2016’s The SideEffects, and last year’s more confident and honed All I Found (Was a Ghost), perfecting their sound and kind of coming of age, earnest, story-driven writing style that has quickly made them an exciting up and coming group to keep an eye on.

Ahead of The SideEffects’ third EP, Free Born, which is set to arrive this fall through Wiretap Records, the band just released a new single, title track “Free Born,” which is streaming now on Spotify and Apple Music. The group also recently gave the new single the music video treatment, and we’re thrilled to bring you an exclusive premiere of the brand new spot Watch it below!

On the background of the single, Newman tell us:

“‘Free Born’ is the title track off our upcoming EP releasing in the Fall. This is one of the more aggressive tunes I’ve written. I suppose I lend that feel to the circumstances under which the song came to life. I was touring solo across the western US. After hundreds of miles through the desert and a dozen shows in, I jotted the lyrics down in a hotel parking lot somewhere between Phoenix and El Passo.  The narrative in the lyric paints a picture of a modern day outlaw running for his life. It mirrored the harsh conditions that can plague you on the road and a general feeling of freedom while still being haunted by something that lies in dirt and dust of miles left behind. It set the tone for the rest of the EP.”

Elijah Newman & The SideEffects will tour thorough the summer and fall, making a few festival stops, including famed Florida punk outing The FEST. While no local shows are currently announced, we imagine it won’t be long until their next appearance in Music City. For now, give their new video for “Free Born” a spin below!