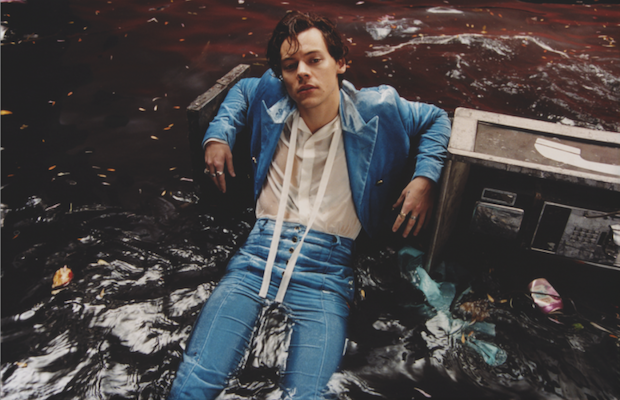 The most visible member of massively successful British boyband One Direction, and the latest to mount a solo career, following the group’s 2016 hiatus, singer Harry Styles made a splash last year with the release of his highly-anticipated, eponymous debut album. Conjuring sonic comparisons to titans of classic soft rock, Britpop, and even psychedelia and glam, Styles’ solo turn has, so far, been well-received by fans and critics, and seems destined to cement a path of artistic legitimacy in the footsteps of greats like Justin Timberlake, using the leverage of a boyband past to launch a long-lasting career with broader appeal.

Last fall, Styles embarked on an intimate, first-ever solo tour, which brought him The Ryman for one of his first dates ever, a show which we caught and loved. Tonight, June 12, nearly nine months later, Styles returns as a musical juggernaut, headlining the considerably more massive Bridgestone Arena, a space better suited for his star power. Opening up is Kacey Musgraves, the beloved local country star celebrating her phenomenal new record, Golden Hour, making this show extra essential. A handful of tickets are still available here, and if you want to see a supremely skilled artist coming into his own as a solo perfumer on a grand scale, we urge you to be there!

Harry Styles and Kacey Musgraves will perform tonight, June 12 at Bridestone Arena. The show is all ages, begins at 8 p.m., and tickets are available to purchase for $39.50-99.50.