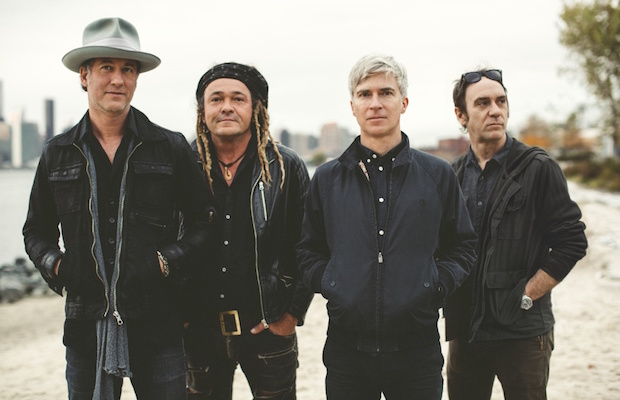 Though originally formed in New York City in 1992, it wasn’t until over a decade later, with 2003 third album Let Go (released in 2002 in Europe), that alt/indie rockers Nada Surf really found their artistic stride and critical breakthrough. After starting strong by attracting major label attention and famed producer Ric Ocasek for their 1996 debut, the band, despite early traction, found themselves at odds with and subsequently dropped by their label. Following the independent release of a followup and returning to their day jobs for a few years, the group reemerged with Let Go through indie label Barsuk, met with renewed and widespread critical acclaim and breakthrough buzz, especially for lead single “Inside of Love.”

In the subsequent 15 years, Nada Surf have remained a beloved fixture in the indie scene, and have released four more original full-lengths and a covers album, while continuing to tour and maintain a respectable fan base and ongoing critical praise. After all these years, though, Let Go remains both a fan favorite and perhaps the band’s best known and most universally praised effort. Thankfully, the group have not let the LP’s anniversary go unnoticed, first by releasing a special record, Standing at the Gates: The Songs of Nada Surf’s Let Go, which features a variety of exciting artists (including Nashville’s own Ron Gallo and Adia Victoria, and former Nashvillian William Tyler) covering the album in U.S. track order, with proceeds going to charity.

Extending the anniversary celebration, Nada Surf have also hit the road to celebrate with a special tour dubbed “An Evening with Nada Surf,” where they’re playing two sets each night, first Let Go in its entirety, then, after an intermission, a second set of additional favorites. This nostalgic, fan-geared run hits Mercy Lounge tonight, May 22, and tickets are still available right here. Since it’s double the Nada Surf, there won’t be an opener, so if you’re planning to attend you’ll want to be early, especially since Let Go is first on the agenda!

Nilka Learns How to Bounce Back in Gorgeous Pop Single "Strike"