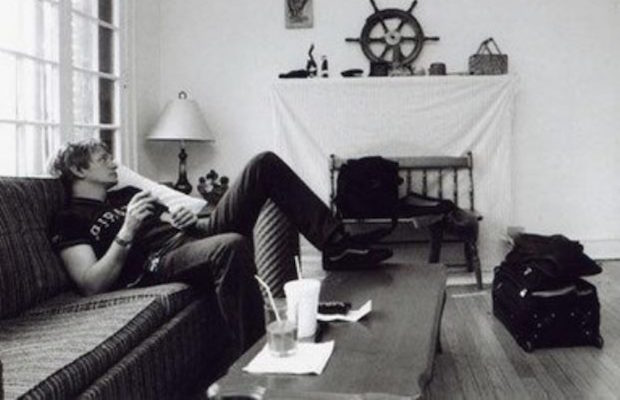 Formed in 1998 in Seattle by Oklahoma native Johnathon Ford, Unwed Sailor are a band that should strike a particular chord with indie fans of a certain age. Particularly if you obsessed over groups like Pedro the Lion (which Ford has been a member of), Minus the Bear, The Appleseed Cast, and numerous similar, often less ubiquitous bands that populated the indie, ambient, emo, post-rock, math rock, and slowcore scene, largely niche and frequently DIY, but an immeasurably formative few years for a particularly faction of indie fans of the late ’90s and early ’00s.

Often instrumental and anchored around Ford’s primary instrument, the bass, Unwed Sailor have continued to tour with a rotating cast of players over the years, and while they haven’t released a full-length in a decade, the project dropped an excellent new EP, Take a Minute, last year. The band return to Nashville tonight, May 10 at Fond Object 4th Ave, for what appears to be their first Nashville show in years, and we imagine if you’re already familiar, you’ve long had it circled on your calendar. If you’re new to the band, though, and the other groups we mentioned sound like your cup of tea, it’s a cool chance to catch up on an excellent experimental, ambient, post-rock outfit that never got quite the attention they deserved.

Also on the tour, midwest rockers Early Day Miners have been around for nearly as long as Unwed Sailor, and released seven well regarded full-lengths between 2000 and 2011. With a shoegazing, indie, and slowecore sound, they fit even more squarely into the scene Unwed Sailor have always been associated with, landing more similar in sound to Pedro. And opening things up are poppy, western-tinged local indie rock outfit James and the Wild Spirit, who really caught our ear with 2015’s excellent Hearts + Knives. We couldn’t find a cover for this all ages show, but it’s not likely to be more than a few bucks, and certainly worth every penny.

Unwed Sailor, Early Day Miners, and James and the Wild Spirit will perform tonight, May 10 at Fond Object 4th Ave. The show is all ages, begins at 8 p.m. (doors at 7 p.m.), and the cover should be no more than a few dollars.