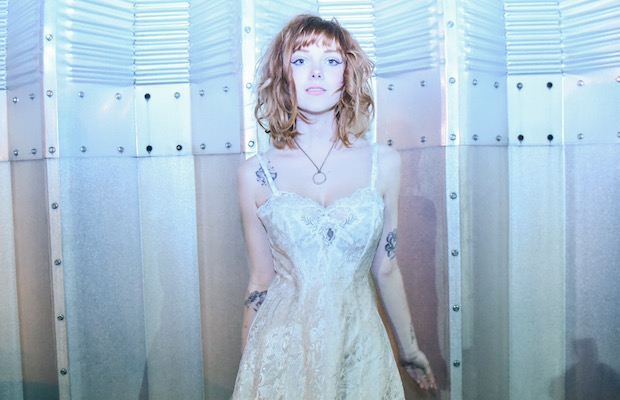 We’ve mentioned local singer Maddie Medley a handful of times in the past, who, with her 2016 lo-fi debut EP Garland, and a couple of prior promising singles, all released while still in high school, has become an increasingly more active part of the local scene, frequenting bills with indie acts, and garnering buzz for powerful voice and eclectic style.

With the recent release of her excellent, earnest new single “Coming of Age,” however, the 20-year-old alt rocker has begun to capture broader critical attention, and rightfully so. Something of a more formal and proper debut, the song- with just electric guitar and vocals- pulls from elements of art pop, anti-folk, and grunge pop, anchored by her captivating, nuanced singing style and earnest delivery.

The latest in a string of must-know Nashville solo acts, Medley possesses a wise beyond her years knack for songwriting, and an intangible and enchanting star power which makes her rise to widespread recognition feel all but inevitable. Not just one of the best songs to come out of Nashville this year, “Coming of Age” is one of our favorite tracks of 2018, period, and it should find its rightful place on your playlists immediately.

As she preps to release more new music, Maddie has been playing more and more shows around town lately, and tonight, May 10, you can catch her at The 5 Spot, on a bill curated by the fine folks at Cold Lunch. Rounding out the lineup are dreamy, Atlanta indie folk singer-songwriter Rose Hotel, local poppy, shoegazing indie rockers HARI, and breezy indie/dream pop outfit Blond Bones– a well-paired, supremely talented, buzzworthy local and regional lineup if we’ve ever seen one. Don’t snooze!