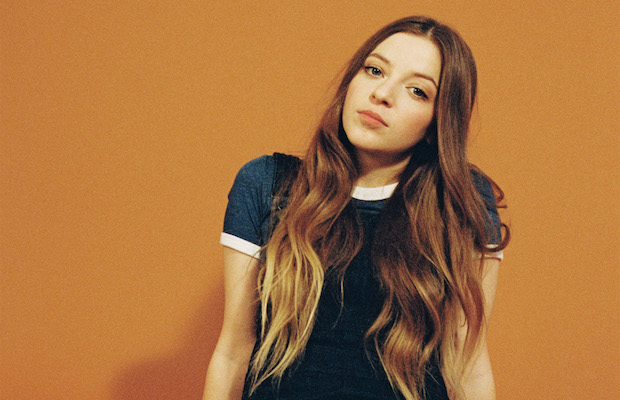 Slotted for a primo set at the intimate Who Stage on Bonnaroo’s first night, British singer-songwriter Jade Bird heads into festival season as an artist to watch, also set to appear at Firefly, Bumbershoot, and the nearby Pilgrimage Fest, among others, with her first-ever headlining tour on tap for the fall. While she only made her debut with last year’s buzzed-about Something American EP, and more recently turned heads this year with single “Lottery,” Bird, a 20-year-old self-described army brat, expected to drop a full-length later this year or early next, is already seeing her name tossed in among some musical greats.

Crediting a lifelong love of powerful songwriters, and the prevalent influence of strong women- her young mother, grandmother, and then early musical role models likes Alanis Morissette and Loretta Lynn- Jade found her way into the folk and Americana sphere through The Civil Wars, Chris Stapleton, and aforementioned Lynn, and while she’s certainly been buzzed about in that musical scene, perfectly falling into an American-esque style like fellow Europeans First Aid Kit, with whom she recently toured, to simply call Bird a folk or Americana artist would be to undersell her immense pop and singer-songwriter chops. An eclectic, confident, and immensely gifted songwriter with an unbelievable voice and wisdom beyond her years, Jade Bird should be a permeant fixture on your musical radar, and an essential must-see this year at Bonnaroo.