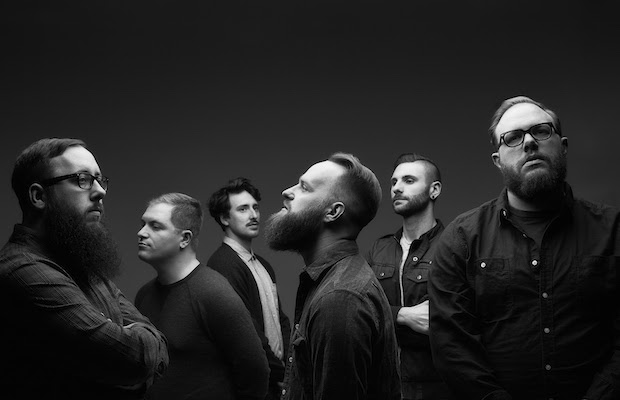 Over the last decade, Philadelphia pop punks The Wonder Years have become something of a seminal act in the modern scene, helping revitalize and course-correct the genre with their earnest, smart, engaging, relatable songwriting and DIY-rooted attitude. While the band manage to make it to Nashville on a semi-regular basis, their show tonight, May 9 at Cannery Ballroom follows an acoustic outing last time around, and boasts an impressive supporting lineup of Tigers Jaw, Tiny Moving Parts, and Worriers, all incredible in their own respective areas of indie, emo, and punk. Tickets to the all ages event are still available here, and if you’re nostalgic for the scene of last decade and a sucker for substantive, genre-bending indie punk, you won’t want to miss it.

Nearly 15 years in, The Wonder Years remain the perfect flag-bearers for revivalist pop punk, a break from the mainstream decadence the scene spawned following the mega-success of acts in the early and mid-00s, all the while enabling bands like The Wonder Years and their numerous peers to use the underground style and aesthetic that made the sound so worthwhile to start, and leverage that to make music in a more earnest, heartfelt, and organic way. Over six full-lengths, the band have matured from more melodic hardcore and pop punk leaning influences to incorporate broader alternative rock and emo, enhanced by the intellectual, personal, and conceptual lyrical prowess and unparalleled frontman Dan “Soupy” Campbell. With transcendent, brand new effort Sister Cities especially, they’ve grown organically into a mature, more indie rock rooted thinking man’s punk outfit, and one with a live show that has every ounce of passion and bite found on their fantastic albums.

Made up of Ben Walsh and Brianna Collins, a duo since the departure of three permanent bandmates a few years back, but accompanied by a full live band in concert, Tigers Jaw have been around now for over a decade, despite their young age. Originally rooted squarely in emo and pop punk, the group have drifted to a more indie rock and indie pop sound in recent years, completing the transformation with last year’s phenomenal Spin. With a strength that lies in their versatility, the band are able to use their early influences as a foundation on which to build, unafraid to explore more adventurous song structure and pop tendencies, all the while maintaining a blunt and personal lyrical worldview, brought to life with a honed and electrifying live show.

Hailing from the midwest, Tiny Moving Parts take direct and welcome influence from that region’s emo heritage, crafting a noodle-y, dynamic, and rhythmically driven sound which leans heavily on its emotional core, allowing lyrics and themes to drive their relatable compositions. Their latest release, Swell, comes after a decade of steady buzz and scene cred, and now that the novelty of the “emo revival” buzz has worn off, TMP can simply be appreciated for the excellent band they are.

And opening things ups, Brooklyn punks Worriers first fell on our radar in 2015, when they enlisted Against Me! frontwoman and modern punk hero Laura Jane Grace to produce their impressive debut full-length, Imaginary Life. The band’s breezy, indie punk sound is personal and lean, angsty and smart, showcasing an impressive evolution of frontman Lauren Denitzio’s songwriting from prior project The Measure (SA), and last year’s sophomore effort Survival Pop is an even more honed and confident evolution of their sound.

The Wonder Years, Tigers Jaw, Tiny Moving Parts, and Worriers will perform tonight, May 9 at Cannery Ballroom. The show is all ages, begins at 6:30 p.m. (doors at 6 p.m.), and tickets are available to purchase for $25.