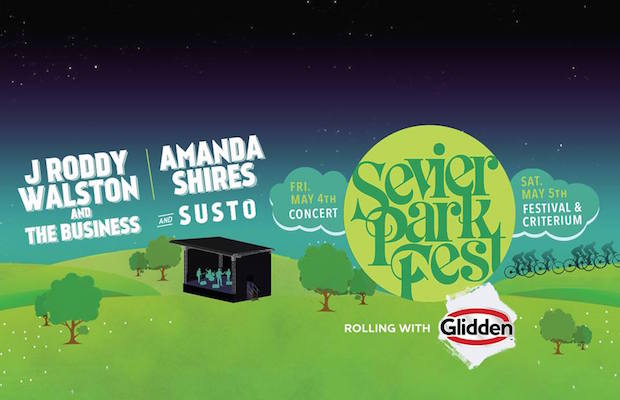 Of course, the Friday evening pre-festival concert returns this year as well, on May 4, with performers J Roddy Walston and the Business, Amanda Shires, and SUSTO. Unlike Saturday, you’ll need a ticket for this portion, which you can grab right here. Read more about the lineup and preview the huge slate of performers below!.

Texas bred, Nashville based Americana songstress and fiddle virtuoso Amanda Shires released her most recent and fifth solo album, My Piece of Land, in 2016. Helmed by breakout local super producer Dave Cobb, who’s worked with everyone from Chris Stapleton to Anderson East to Shires’ husband Jason Isbell, the effort was largely written towards the end of Shires’ recent pregnancy, and thematically centers around feelings of home, anxiety, contemplation, and anticipation, ahead of the birth of her daughter Mercy. Shires recently announced a followup to the gorgeous and personal effort, To the Sunset, due out Aug. 3 and also produced by Cobb, so you’re likely to hear plenty of new and old tunes from this lifelong, one a kind local performer.