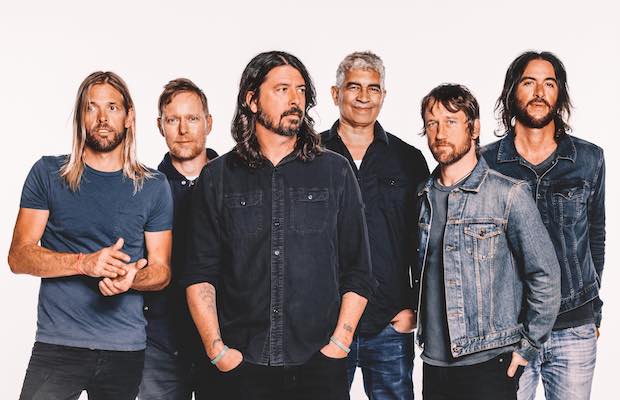 There’s little we can say about the band you likely don’t already know. One of the biggest, most universally beloved acts of all time, the Foos are something of a last bastion of an era of ’90s alt rock where bands could be both hugely popular and also legitimately cool and critically well-liked (Grohl’s role in Nirvana, of course, is all the cred you’d ever need, but his significantly longer run with Foo Fighters has been equally as impressive).

With countless great albums and easily more than one thousand performances under their belt at this point, the group are an electrifying and unpredictable live force, primed for arenas like few modern bands, thanks to their anthemic, larger than life presence and magnetic style. Amidst a landscape where rock has largely shrunk from zeitgeist, Foo Fighters remain an anomaly, almost 25 years into their run, attracting a wide swath of fans, awards attention, and sustained mainstream popularity.

Whether or not they’re your cup of tea, bands like Foo Fighters, and champions of rock and roll preservation like Dave Grohl feel hugely important to the genre’s sustained relevance, both in recognizing the importance of groups of the ’90s and ’00s, and paving the way for modern performers with their own sound and sensibilities to blaze new trails. Unlike some acts operating at their level, Foo Fighters seem to genuinely be doing what they do for the love of it, like a garage band who stumbled onto an arena stage, making no compromises in their approach, and never striving to be anything they’re not.

The band last played Nashville in the fall of 2015, in support of their ambitious last effort Sonic Highways, for which they played a surprise Ryman outing the year prior. Before those dates, though, their Nashville shows were a bit more intermittent, and with ongoing commitments to other projects, and a habit of frequently taking short hiatuses, this might be the last time you’ll see them in Music City proper for a few years.

While direct tickets appear to be sold out, you can still find plenty listed through Ticketmaster’s Verifed Resale program right here (or try your luck with a third-party ticketing reseller, though prices seem to be about the same). Adding a bit more rock and roll flair, English glam rock up and comers The Struts will kick things off, who, despite being a bit of a contrast to the Foos’ low-maintaince, gimmick-free, everyman approach, put on a kickass live show.

Foo Fighters and The Struts will perform tonight, May 4 at Bridgestone Arena. The show is all ages, begins at 7:30 p.m., and tickets are available here.