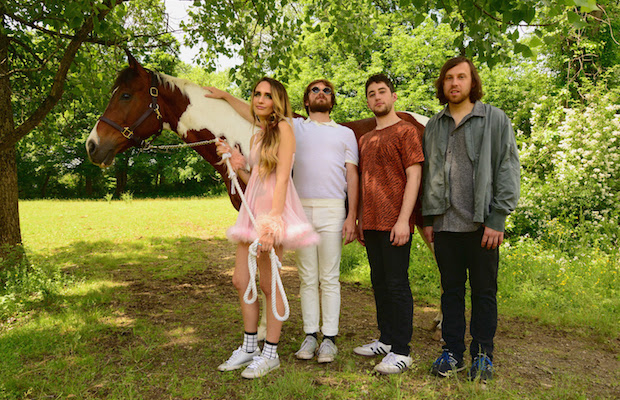 Returning to Nashville for the first time in a couple of years, with their latest, weirdest, best, and most topical album to date, Twerp Verse, in tow, indie rockers Speedy Ortiz are set to headline The High Watt on May 10. Along with experimental, multi-instrumentalist and rapper Nnamdi Ogbonnaya, as well as soulful, genre-defying up and comers Zenizen, this is without a doubt one of the coolest shows of the spring, and one you’d be crazy to pass up. Tickets are still available here while they last, and Speedy’s latest LP is streaming and in stores now, if you need any extra convincing. We’re also excited to announce that we’re giving away a pair of tickets to one lucky fan, so if you’re the gambling type, read on for more about the show and enter for a chance to win below!

Winner will be announced Tuesday, May 8 at 2 p.m. CDT, and will receive one pair of tickets. Good luck!