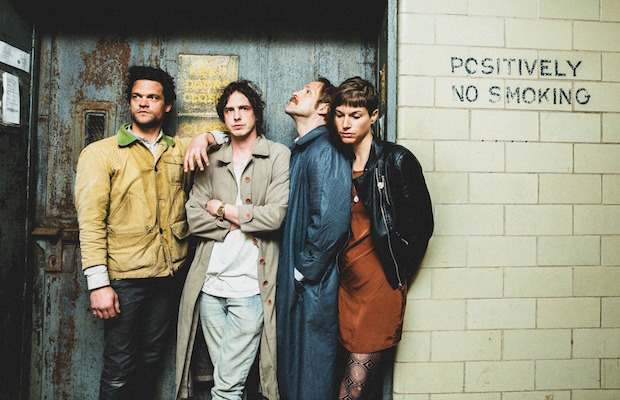 Oklahoma indie rockers BRONCHO formed in 2010, making a strong debut with 2011’s Can’t Get Past the Lips. Rereleased in 2013, just before snagging placement on HBO’s Girls, the band were beginning to find a significant amount off buzz by the time of their sophomore effort, Just Hip Enough to Be a Woman, in 2014. Combining elements of early punk, modern indie, and ’80s alternative rock, all balanced with laid back sensibilities and a subdued, edgy, bite, BRONCHO experimented with sound and layers even further with their 2016 third album and most recent effort, Double Vanity, helping cement them as one of the most promising rising acts in the indie rock scene.

While new music in the near future seems all but guaranteed, BRONCHO have kept busy the last couple of years with constant touring, prominent festival appearances, and a continued string of placements. Though they made frequent stops in Nashville in their earlier days, it’s actually been about two years since they last passed through Music City proper, making their headlining show tonight, May 1 at The Basement East all the more exciting. A phenomenal live group, they’ll receive support from local psych rock faves The JAG and Dallas eclectic, electronic group ISHI. This is a hot show, and while tickets are still available here, they’re not likely to last.