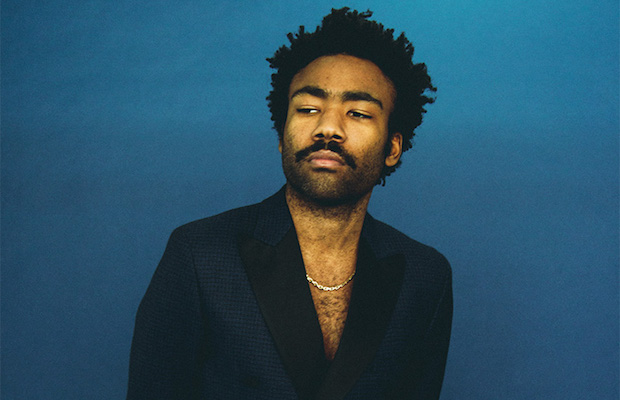 Although it’s been over a year since Donald Glover effectively musically reinvented his Childish Gambino alter-ego with a transcendent, Grammy winning, critically lauded masterpiece of a third album, Awaken, My Love!, a soulful, psychedelic, adventurous and retro r&b departure from his more alternative hip hop earlier output, the record is still resonating hard with its extended cultural relevance and obvious path to modern masterpiece status.

Glover, too, has been enjoying nothing but increased celebrity, elevating from his cult acting, writing, and comedy background to achieve bona fide mainstream recognition, thanks to his position as star, creator, and creative force behind FX series Atlanta (frequently hailed as the best show on television right now), increasing movie roles, including that of iconic Star Wars character Lando in the upcoming Han Solo prequel Solo, the voice role of Simba in next year’s pseudo-live action Lion King remake, among other ventures.

Something that initially began as a casual side project (even the name famously came from a Wu Tang name generator site) along with Community composer Ludovin (who’s not only stuck with Glover over the years, but has branched out to work on huge projects like Creed and Black Panther), Childish Gambino has been one of Glover’s longest artistic endeavors, and one that seems to have transcended its course and come to, at least in his mind, a natural stopping point, prompting the decision to retire the mantle in the near future, but not before embarking on the first proper post-Awaken tour.

That’s not to say Glover, despite how incredibly busy and in-demand he is these days, will be walking away from music- in all likelihood, he’ll continue under his own name or a new one. Still, with as enigmatic a figure he is, and one who clearly likes endings (he’s often deleted his internet presence, dropped from projects when he felt the time was right, and has strived to be transparent and true to his own sensibilities), there’s no guarantee you’ll get to see him play a full-on Childish Gambino show again anytime soon, after this upcoming run of dates and any that might be added.

Speaking of additions, following an initial run of early fall shows with Rae Sremmurd, Glover expanded his tour today to include five October performances with Vince Staples, which mirror leaked dates mistakenly reported last month- confirming a previously speculated Oct. 12 return to Nashville, at Bridgestone Arena. Gambino’s last local headliner was at Cannery Ballroom in 2011, but with the unprecedented success of Glover’s past couple of years, it’s no shock to see him graduate to such a huge space.

Tickets go on sale Friday, May 4 at 12 p.m. CDT right here, with a variety a pre-sales beginning as soon as tomorrow, May 1. We wouldn’t recommend procrastinating.

# with Rae Sremmurd
^ with Vince Staples

CHVRCHES to Play The Ryman Oct. 15 | Watch Their New Video for "Miracle"