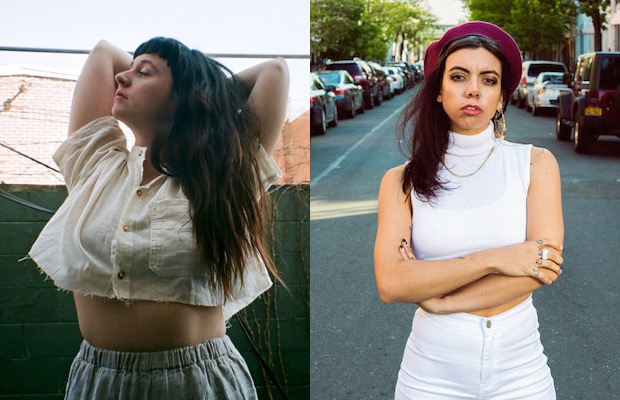 Indie/folk tinged, Katie Crutchfield-helmed project Waxahatchee, and folk/Americana group Hurray for the Riff Raff, led by Alynda Segarra, have crafted some of our favorite albums and played some of the best shows we’ve seen of the past several years. Both bands we’ve had an eye on since their early days, the two acts have passed through Nashville regularly, but when they return tonight, April 26 for a performance at The Basement East, it’ll be for a perfectly-matched co-headliner. Joining Waxahatchee and HFTRR, who both put out career-high LPs last year, is buzzy, worldly, up and coming indie folk singer-songwriter Bedouine, whose gorgeous, eponymous debut ranks as one of 2017’s most essential under the radar releases. Tickets for this phenomenal bill are still available here, but they might not last, so grab yours now and read on for more.

Waxahatchee, Hurray for the Riff Raff, and Bedouine will perform tonight, April 26 at The Basement East. The show is 18+, begins at 8 p.m. (doors at 7 p.m.), and tickets are available to purchase for $22.