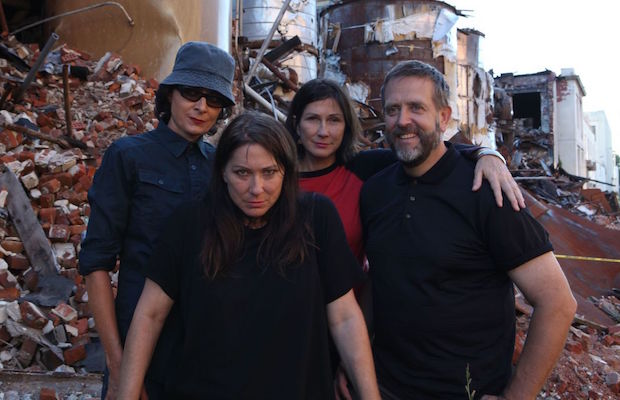 A quick hiatus in 1995 gave way to a revolving lineup of additional players, and scattered activity throughout the ’90s and into the turn of the millennium, when in 2004, Deal put The Breeders on hold and reunited with the Pixies, for nearly a decade of prolific touring, before splitting from the group in 2013, an extension of inner-band turmoil and limited creative freedom that’s plagued them from the start (they’ve since released two new records in her absence, and continued to tour).

While a version of The Breeders did operate in some capacity during her second stint with the Pixies, even releasing a fourth album, Mountain Battles, in ’08, it wasn’t until Kim’s 2013 departure that the classic, Last Splash era lineup of the group reformed (a perfect mirror of two decades prior), and became intermittently active once more, touring for that record’s 20th anniversary in 2013, and giving way to this year’s absolutely inspired and well-received comeback LP, All Nerve.

Out on the road in support, the now longest-running and most cemented version of the famed alt rock icons’ lineup are set to return to Cannery Ballroom for the first time in five years tonight, April 26 along with Chicago noise rock up and comers Melkbelly, celebrating their impressive 2017 debut LP Nothing Valley. We’re a bit shocked tickets are still available, but they likely won’t last, so grab ’em here, and get ready for one seriously great show.

The Breeders and Melkbelly will perform tonight, April 26 at Cannery Ballroom. The show is 18+, begins at 8 p.m. (doors at 7 p.m.), and tickets are available to purchase for $30.