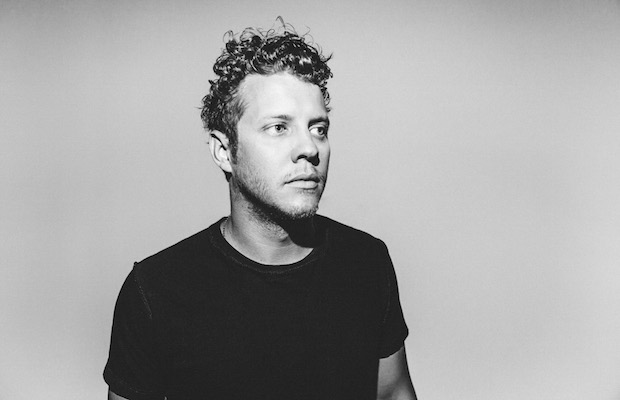 One of Nashville’s most exciting success stories of the last few years, neo-soul, Americana, and blues rock crooner Anderson East broke out in a big way with his excellent, Dave Cobb produced 2015 effort Delilah. In the three years since, East has continued to remain a prolific fixture around the Nashville scene, but has also achieved nationwide and even global notoriety, graduating to bigger tours, festival appearances, and critical and commercial success. With the recent release of his latest album, Encore, Anderson confidently continues that trajectory with another inspired effort, and has been busy with a stacked slate of tour dates in support. As we previously announced, East will headline The Ryman Auditorium for the first time this fall, Sept. 28, with support from fellow Low Country Sound artist and similarly buzzy local up and comer Brent Cobb. Tickets are on sale now and going fast, so we’d recommend grabbing them here or else risk missing out. However, if you’d rather leave it to chance, or didn’t snag your spot in time, we’re also giving away a pair of tickets to one luck fan! Read all about the show and enter for a chance to win below.

Born Michael Anderson, rising local soul, r&b, and Americana singer Anderson East hails originally from Athens, Alabama, raised by a  religious and musically inclined family that led to a love of writing songs at a young age. The now 30-year-old first moved to the area to attend college at MTSU, pursuing audio engineering, while also performing as a session musician and gigging around town. He self-released two records, Closing Credits for a Fire and Flowers of the Broken Hearted, before a chance meeting with producer Dave Cobb (who’s fast-become one of the most in-demand talents in town, for his work with the likes of Sturgill Simpson, Chris Stapleton, Jason Isbell, and more) at the Bluebird Cafe, which led to an immediate friendship and working relationship. Cobb signed East to as the first act on his new Low Country Sound imprint, and proceeded to produce his major label debut, Delilah, which arrived in 2015. In the few short years since, Anderson has jumped from playing tiny clubs and dives to selling out increasingly larger rooms in Nashville and across the nation, appearing at festivals and on late night talk shows, and opening for huge acts like Chris Stapleton (and also made headlines for a two-year relationship with Miranda Lambert, which recently ended). A contribution to the Fifty Shades Darker soundtrack helped further boost his recognition last year, and “All On My Mind,” the lead single from this year’s new LP Encore, managed to reach #1 on the Triple A charts, proving East’s most successful single to date. A hard to pin down talent (and one willing to work with a variety of skilled collaborators across genres), Anderson fuses a gospel background with Alabama soul and r&b, a love of rock and blues, and some country and Americana songwriting sensibilities, landing on an eclectic style and propelled by his powerful, earnest, and emotional vocal delivery. Live, he’s a one of a kind, charming, and transcendent performer, and one we’ve been delighted to watch rise to well-deserved fame. His Ryman debut will be one for the books, and you don’t want to miss it.

Another Nashville fixture and longtime musical cohort of East’s, Brent Cobb (he’s Dave Cobb’s cousin) plays a much more country-skewing style, with elements of Americana, bluegrass, soul, and rock peppered in. Raised in Georgia, Brent cut his teeth playing in bands, and first met his cousin Dave at 16, who, after hearing his demo, flew him to Los Angeles in 2006 to help record his debut album, No Place Left to Leave. After a few years back in Georgia, Brent made the move to Nashville, and spent many years as a writer, eventually refocusing on his solo career with a 2012 eponymous EP and a barrage of live shows. After graining considerable traction in the country scene, Brent was signed to Dave’s Low Country Sound, and Dave produced his 2016 major label debut, Shine On a Rainy Day, which both cracked the Top 10 in the Heatseekers chart, and also earned Brent a Grammy nomination. With a new album, Providence Canyon, set to arrive May 11, it’s shaping up to be the biggest year yet for this buzzworthy local talent.

Winner will be announced Monday, May 7 at 12 p.m. CDT, and will receive one pair of tickets. Good luck!

Anderson East and Brent Cobb will perform Friday, Sept. 28 at The Ryman Auditorium. The show is all ages, begins at 8 p.m., and tickets are available to purchase for $22.50-42.50.