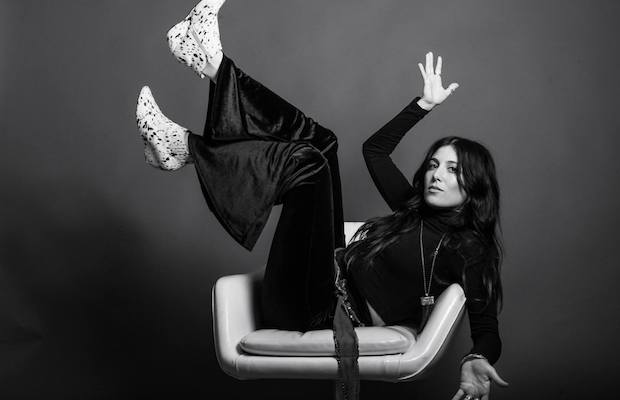 On her debut single, “Rock’n’Roll Woman,” it feels only fitting that local rocker Amy Darling would team up with the Blackfoot Gypsies, whose own brand of retro rock flair and flashy, old school cool not only matches her own, but also serves as an accessible introduction. Set to officially drop Friday, April 20, we’re thrilled to give you an early premiere of the electrifying new single early- hear it right now below!

An inspired first single, “Rock’n’Roll Woman” brings the rock swagger, and groovy, anthemic choruses (helped by BFG), pulling a bit of a bait and switch by starting like a love song and ending as a battle cry for all rockers of the world. Darling explains “This song is a calling card, an introduction to Amy Darling. ‘This is who I am.  You can jump on the bandwagon or get out of my way.’”

Hear “Rock’n’Roll Woman” below, look for an official video soon, and catch Amy Darling live this Monday, April 23 to celebrate at The East Room, along with The Minks, Heartthrob Chassis, and American Dream. Details here.