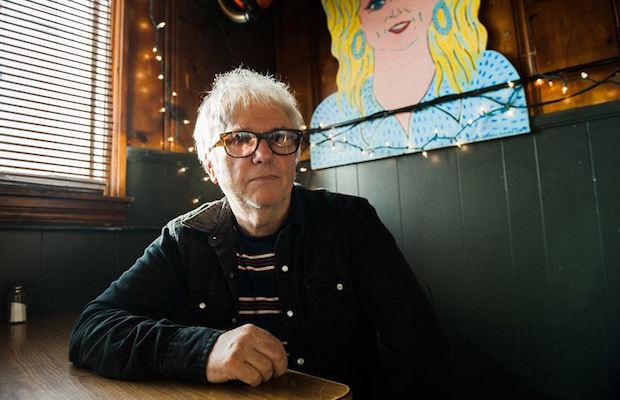 Of course, best known for his surprise breakout hit (and enduring classic) “Whole Wide World,” written barely out of high school and released in 1977, ahead of his eponymous debut LP the following year, English new wave and punk-tinged rocker Wreckless Eric is so much more than most famous song (and trust us, you’ve heard it, even it was one of countless covers, like the recent one by Cage the Elephant, or an unlikely take in Will Ferrell’s Stranger Than Fiction).

Goulden returned as Wreckless Eric for one record in the ’90s and one in the ’00s, all the while continuing to pursue other projects, penning an autobiography, and balancing growing legacy success with a strive for ongoing modern relevance. Over the last decade, especially, he’s been on a particularly prolific tear, crafting three releases as a duo with Amy Rigby, and two as Wreckless Eric, 2015’s amERICa and this year’s Construction Time & Demolition, which are not only his quickest two WE releases since the earliest days, but perhaps the best in decades, eschewing nostalgia in favor of artsy, personal, experimental and inspired garage and power pop flair.

When he plays the 4th Ave location of Fond Object tonight, April 18, you’ll hear plenty of Wreckless Eric classics, to be sure, but if you’re expecting a full-blown nostalgia show, you’re in for a pleasant surprise. An unlikely rock icon who never went away, Goulden has remained committed to growing and pressing on as an artist, and his shows, as DIY as ever, reflect his that unfaltering commitment, and his interest in looking forward (that’s why we gave you a taste of both old and brand new below). The Whigs’ Parker Gispert, who’s become increasingly active as a solo performer, kicks things off, and at just $10 and open to all ages, this is the must-see under the radar show of the week.

Wreckless Eric and Parker Gispert will perform tonight, April 18 at Fond Object (downtown). The show is all ages (with free Little Harpeth beer for those over 21), begins at 8 p.m. (7 p.m. doors), and tickets are available for $10.