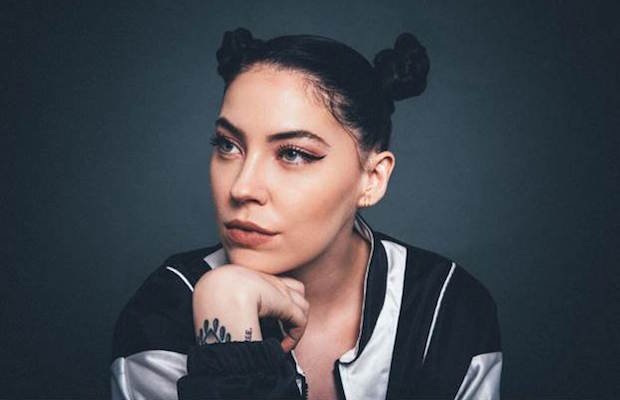 On the heels of her highly-anticipated debut full-length, Church of Scars, rising Los Angeles indie pop singer Bishop Briggs returns to Nashville on May 30 after a Music City debut last year at Exit/In, this time for an upgrade at considerably larger sister space Marathon Music Works with electro-laced alt/indie duo Foreign Air. Thanks to a series of breakout singles, transcending blog hype to dominate radio and TV spots, Briggs is already a huge new fixture in the pop scene, and we expect her star power to continue to grow tremendously this year. If you want to catch her on the ascent, tickets are still available right here. We’re also excited to announce that we’re giving away a pair of tickets to one lucky fan, so if you’d rather roll the dice, read on for more about the show and enter for a chance to win below!

Winner will be announced Tuesday, April 24 at 6 p.m. CDT, and will receive one pair of tickets. Good luck!

Bishop Briggs and Foreign Air will perform Wednesday, May 30 at Marathon Music Works. The show is all ages, begins at 8 p.m. (doors at 7 p.m.), and tickets are available to purchase for $22-72.