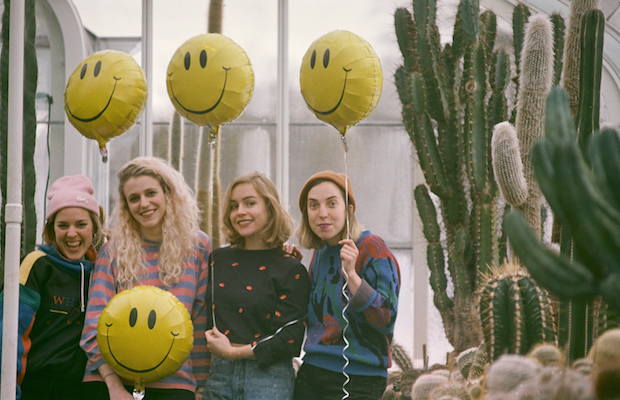 Out in support of their stellar 2017 third album, I Used to Spend So Much Time Alone, Seattle’s Chastity Belt, who last made a Nashville stop with an appearance last summer at Drkmttr, return to Music City April 17 to headline The High Watt. Balancing a tongue-in-cheek sense of humor with earnest self-awareness, the indie group will be joined by Chicago punks Lala Lala and Memphis up and comers Harlan, for a stacked lineup of three must-know bands on the rise. Tickets are still available here, but we’re also giving away a pair of tickets to one lucky fan! Read on for more about the show and enter for a chance to win below.

Winner will be announced Thursday, April 12 at 5 p.m. CDT, and will receive one pair of tickets. Good luck!