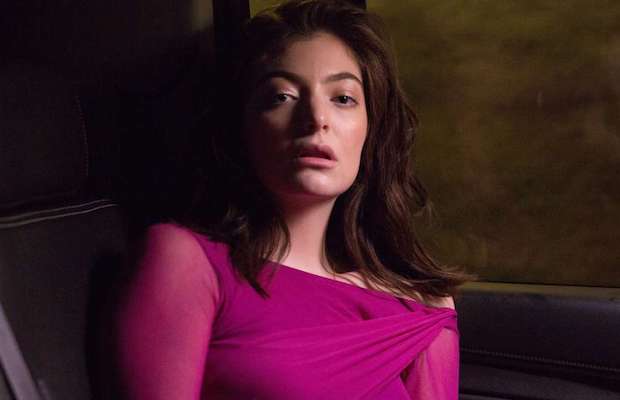 A certifiable modern pop icon at barely 21, New Zealand’s Lorde has managed to turn personal, poetic, sad, and artsty indie pop into an arena-worthy musical sensation, boosted by last year’s masterpiece of a sophomore effort, Melodrama. It’s been four years since her last Nashville outing, but that finally changes April 15, when Lorde plays Bridgestone Area with beloved alt hip hop duo Run the Jewels and buzzy indie rocker Mitski. Sure to be one of the year’s best shows, tickets are still available right here. Or, if you’d rather leave it to chance, we’re also giving away a pair of tickets to one lucky fan. Either way, you can enter below, and read on for way this is a must-see show!

Though she’s only properly played Nashville once, way back in 2014 at the Grand Ole Opry House, Kiwi indie pop sensation Lorde most recently wowed us with a stunning set at last year’s Bonnaroo. Born Ella Marija Lani Yelich-O’Connor in Auckland, the singer, drawn to performing at a young age, inked a major label development deal in her teens, and catapulted to international acclaim with her 2013 debut single “Royals,” ahead of her Joel Little produced, critically-acclaimed, record setting, and award-winning debut Pure Heroine. 16 at the time of the LP’s release, Lorde’s dreamy, artsy, electro-laced indie pop sound and poetic, wise-beyond-her-years style helped the singer immediately cement her status as one of music’s most important new artists, and several years of touring, additional well-recieved tracks (her Hunger Games contribution “Yellow Flicker Beat” was especially prominent), festival spots, awards show appearances, and continued praise helped cement Lorde’s image as a pop icon for the modern age. After dropping off the grid for a bit (a stunningly authentic artist, Lorde has always seemed a bit averse to prolonged media attention), she remerged last year with Melodrama, a bold, devastatingly sad, exceedingly confident masterpiece of personal and artistic growth, executive produced by both the singer herself and Jack Antonoff. Over nearly a year since, and boosted by another string of huge singles like lead track “Green Light,” Lorde has continued hcr journey to become both a substantive and beloved figure in pop, and a mainstream musical powerhouse. Her live show’s never been better, and this is an especially important and transitional time to see one of indie pop’s most promising young performers live.

Still riding the success of their late 2016 third record Run the Jewels 3, Run the Jewels are, without a doubt, one of the hottest acts in hip hop right now. Met with instant critical acclaim for their near perfect eponymous 2013 debut, the duo, made up of Atlanta rapper Killer Mike and New York rapper/producer El-P, really blew up after 2014’s game changing Run the Jewels 2, and a have only gotten bigger with the recent societal climate. Combining fresh production, raw talent, socially and politically charged lyrics and imagery, and a fun, no frills approach to performance, Run the Jewels are one of the best and most important acts in today’s hip hop scene, nabbing audiences in unorthodox places, and just generally leaving fans and critics elated with their every move. We caught all of their incredible outings in clubs around town over the years, and can’t wait to see them graduate to the biggest stage yet on such a stacked out bill!a

Winner will be announced Thursday, April 12 at 2 p.m. CDT, and will receive one pair of tickets. Good luck!

[NO COUNTRY PREMIERE] Wilder Rock the Van in Video for "California"