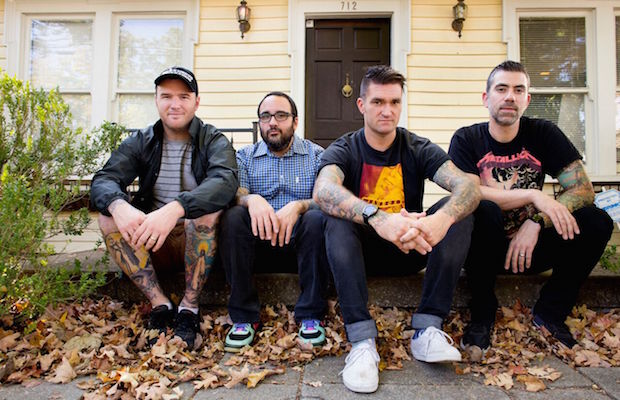 As we’ve reported in the past, Florida-bred pop punk pioneers New Found Glory, who, last year managed to hit Music City on three separate occasions for their extensive 20th anniversary tour, have for several years maintained Nashville ties, with guitarist Chad Gilbert a local resident, and much of the band’s musical activity centered around our city. In addition to co-founding the long-running Movie Gang series of nostalgic film screenings at the Franklin Theatre, Gilbert has been no stranger to organizing community-focused events, and his latest and most-ambitious to date is a NFG-headlined day festival at The Factory at Franklin’s Liberty Hall, centered around breakfast food and punk rock.

Yep, that’s right, the inaugural BreakFEST will take place June 24, and, in addition to New Found Glory, is set to feature Bayside, The Movielife, William Ryan Key (formerly of Yellowcard), Hot Rod Circuit, Free Throw, an acoustic performance from Cartel‘s Will Pugh, Daddy Issues, The Dangerous Summer, and Idle Bloom. Nearly every act is local or partially local (NFG cohorts The Movielife and Hot Rod Circuit are the only two we’re not clear about), and represent some of the best of pop punk, emo, and indie of the past and present. Of course, for a breakfast-centic event, the food has to be top-notch as well, and with Five Daughters Bakery, High Brow Coffee, Frothy Monkey, Franklin Juice Co., Honest Coffee Roasters, and Triple Crown Bakery tapped to be among the on-site vendors, you can be sure that the unique fest will live up to its name.

Set to be an daytime affair, doors will open at a breakfast-appropriate 8 a.m., and tickets go on sale tomorrow, March 16 at 12 p.m. CDT right here. If love pop punk, breakfast food, community, and celebrating the local scene, this sounds like it might just be the coolest new event of the summer! 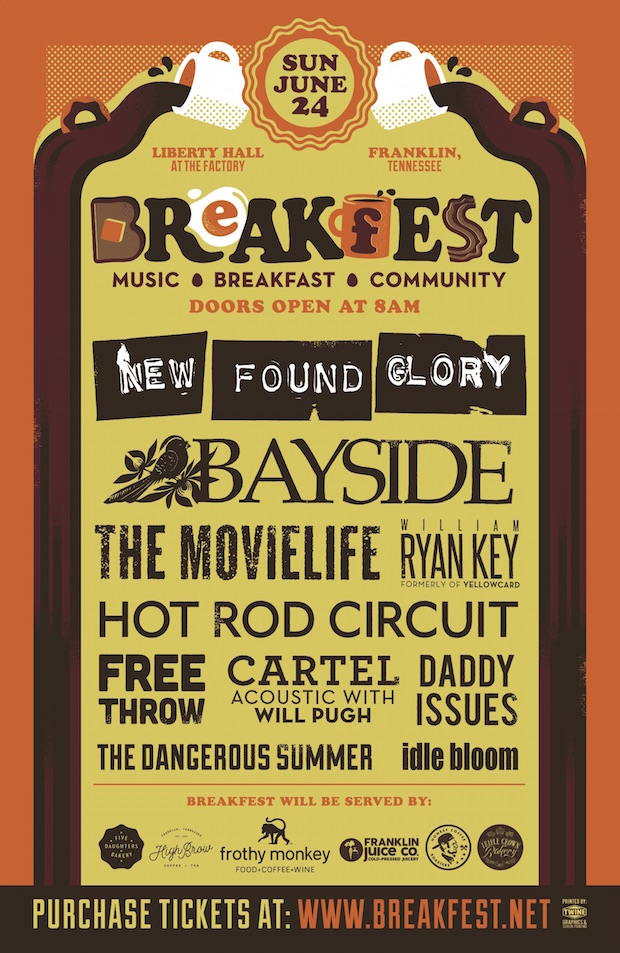