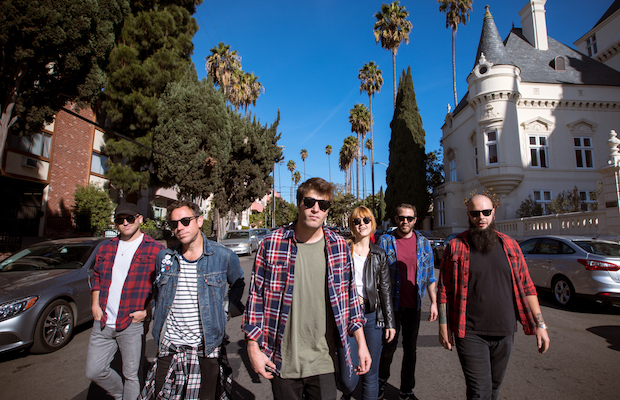 No strangers to Music City, Los Angeles alt rock outfit The Mowgli’s spent their first few years on the road constantly, and we were lucky enough to watch them go from a buzzed about band dropping in at hole in the wall venues to certifiable big club headliners, thanks to a series of love and positivity fueled major label efforts and radio primed singles. On the heels of new track “Real Good Life,” the band are newly independent once more, and seeking to recapture the spirit and communal nature of their earlier days with a more intimate, career-spanning tour, which hits The Basement East for their first Nashville show in a few years tonight, March 8. Joined by buzzy Brooklyn post-punks Mainland, this outing promises to provide the positive vibes we could all use a little more of nowadays, and tickets are still available right here. Read on for more about the show!

The Mowgli’s and Mainland will perform tonight, March 8 at The Basement East. The show is 18+, begins at 8 p.m. (doors at 7 p.m.), and tickets are available to purchase for $20.