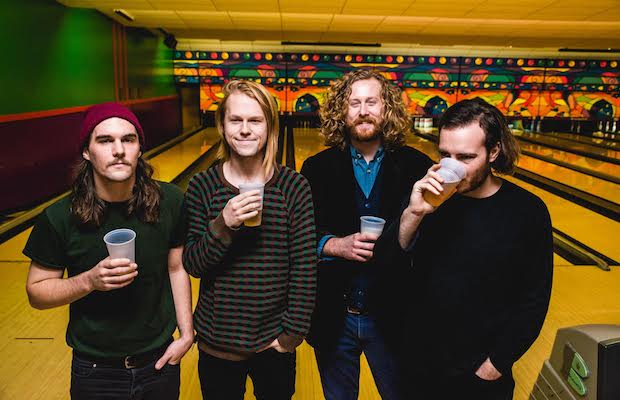 We first introduced you to local rockers Chico when we premiered their debut EP, Pipe Dreams, a few years back. Then a relatively new act, the band have spent their time since honing their sound, cementing their lineup, and becoming a permanent fixture in the DIY show scene, garnering attention for their eclectic sound, which could largely be tagged garage or psychedelic, but with definite elements of prog, punk, indie, and even jazz, making them exceedingly hard to put in a box.

Formed by frontman Carson May and guitarist Ryan Quarles, both Nashville natives (an increasing rarity in the local scene) who met in high school and further assimilated into the underground rock scene while attending Belmont, Chico are gearing up to release their debut full-length, Ballet for Bastards, on May 4, and we’re beyond thrilled to bring you an exclusive premiere of first single “Conduit of Circus Acts,” before it officially drops tomorrow.

Weaving between tempos and influences, musically matched to its stream of conscious thematic style, the band describe the song as “a representation of what it means to take a glimpse into the state of mania and anxiety.” As Quarles describes it: “This song is meant to be a sporadic and dynamic intertwining of sound and lyrics. We wanted the song to feel bipolar, as it leads you to think and feel one way, you start to get comfortable, and then the song drastically changes. It leaves just enough to keep you engaged.”

Clearly indicative of the impressive writing chops the group have honed since we last checked in, “Conduit of Circus Acts” is a more ambitious, raw, intense, interesting, and cohesive snapshot of an exciting local band fully coming into their own, and leaves us eagerly awaiting the rest of their forthcoming debut this spring. Hear it below!