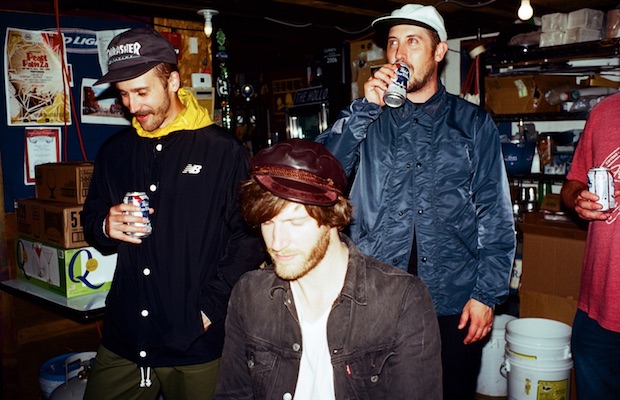 Portugal. The Man took four years between their last album, Evil Friends, and last year’s smash breakthrough Woodstock. Not an unusual gap for most acts, but for a prolific, ever-evolving band who dropped seven LPs in under nine years, the wait for album eight truly felt like an eternity. The result, however, was a band refocused, pulling from the best bits of their past to craft something that stays true to their roots while managing to harbor more commercial appeal than ever- evidenced by the smash success of breakout single “Feel It Still” and the huge boost in mainstream recognition that has followed.

Hailing originally from Wasilla, Alaska, but headquartered in the Pacific Northwest, Portugal. The Man’s breakthrough isn’t something that happened over night, but something they’ve been building and earning for over a decade, touring relentlessly, pushing their psychedelic, progressive, and experimental indie sound to new heights with each release, and earning a fanbase organically with their tireless work ethic. One of the most interesting and enduring rock bands in recent memory, and incredible live performers to boot, PTM have played Nashville numerous times over the years, but only once since their newfound fame, last summer at Live on the Green.

As part of a massive world tour extending throughout most of the year, Portugal have just announced their largest Nashville headliner to date, May 19 at Ascend Amphitheater with buzzy rising alt hip hop artist Jack Harlow. Tickets go on sale this Friday, Feb. 9 at 10 a.m. CST right here, and various pre-sales are already underway. One of the best live acts in rock, whether you’re a decade-long devotee or new to the party, this show is primed to be a spring highlight.