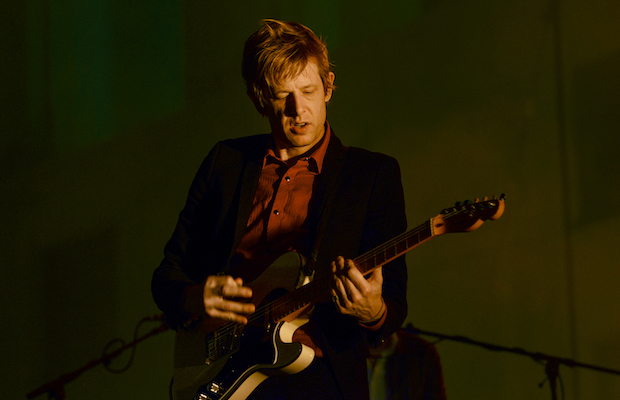 After setting a high bar with a great first night featuring St. Paul & The Broken Bones, Michael Franti & Spearhead, and Arkells, and upping the ante last week with Local Natives, Real Estate, and Minus the Bear, Live on the Green managed to keep outdoing themselves in week three, with a stacked spread of Spoon, Portugal. The Man, and The Weeks, the latter a longtime local fave and the former two of our favorite performers from other festivals this summer. As we cleared the halfway point with three incredibly popular and timely performers, the Aug. 24 edition marked one of the biggest turnouts we’ve ever witnessed in the festival’s history, and every set lived up our to expectations, marking yet another phenomenal installment of the long-running free fest. As we prepare to close the season with a decked out two-stage, three day weekend extravaganza, relive week three of Live on the Green 2017 with our review and photos below!

Though it’s been the norm for several years now, the four week format for Live on the Green still always manages to feel like it’s moving at turbo speed. While as many days and even more bands than the first three weeks combined await us in the final weekend, it was still crazy to think that we’d already reached the halfway mark for the season. Whether it was the exciting, varied bill this week, the perfect weather, or, most likely, a combination of both, the crowd was absolutely massive this time around, and even when I arrived shortly before things started, I could tell it was going to be a huge week. 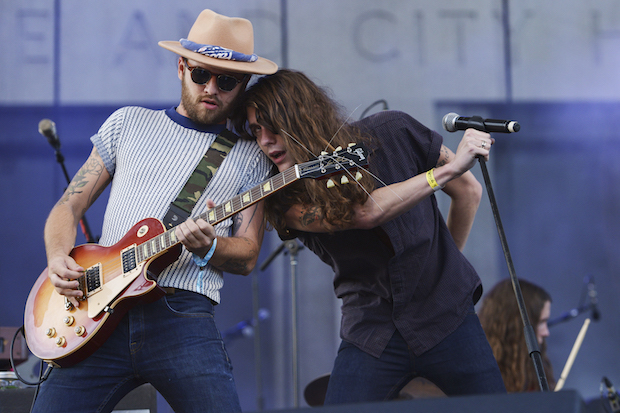 The Weeks. Photo by Mary-Beth Blankenship.

The Weeks have now played four of the past five years, certainly putting them in the same range as Moon Taxi for most frequent local appearance at the fest. It was a bit weird to see them in the opening slot, when, in a lesser week, they could just as easily headline, but given the huge pedigree of the touring acts to follow, it’s the only spot that made sense (and ensured that all three artists this week were headliner quality). The Mississippi bred, longtime Nashville based rockers finally released a new album, Easy, this year, their first full-length since 2013, so the timing was also fantastic, giving the boys a chance to finally showcase some brand new tunes. Now a four-piece, the band opened with a mini set featuring only the four core members, a nod to their early days and a special treat to the hometown crowd (as far as I can recall, it’s the first time I’ve seen them do that), before welcoming out live guitarist Johny Fisher and keyboard player Taylor Craft. Working the stage like the seasoned pros that they are (vocalist Cyle Barnes roamed around even more with a wireless mic, a freedom he acknowledged he’s not used to), the group sounded as inspired as ever, and their set, a mix of old and new, was enough to get the crowd dancing and singing along, as they filed in huge, buzzing for the rest of the night to come. Strangely, The Weeks were the first local band to play LOTG so far this season, and they did Nashville proud with yet another epic set. 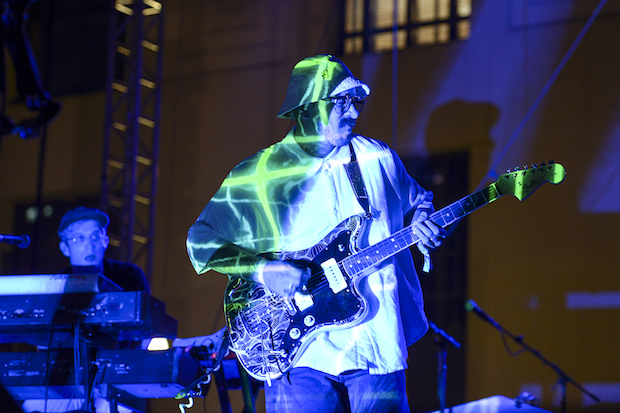 Despite huge shifts in the way that we listen to and discover music in recent years, there’s still nothing quite like the power of one huge hit single. That’s certainly not lost on Portugal. The Man, who, despite 13 years of fantastic releases and certifiable success, have been catapulted to a whole new stratosphere of mainstream recognition thanks to chart-topping, breakout single (and, perhaps, anthem of the summer) “Feel It Still.” Hardly a new band, it’s undeniable that Portugal are likely new to many, and it definitely appeared that the faithful had turned out. I’d never seen the backstage or VIP area so packed (sweet brag, I know), as I attempted to get close the front to no avail. Still, watching from the side as the band launched into an instrumental rendition of Metallica’s “For Whom the Bell Tolls” and Pink Floyd’s “Another Brick in the Wall Part 2,” before transitioning into their own “Purple Yellow Red and Blue,” I could tell it was going to be another special set- even if it never quite reached the show stealing heights of their transcendent Bonnaroo late night appearance earlier this summer. I was caught off guard when they got to “Feel It Still” just a few tunes in, but realized later that was only so they could squeeze it in twice, for an even more amped up, drawn out inclusion towards the end of their set (they read the crowd perfectly). Pulling largely from new effort Woodstock, and their last two LPs, Evil Friends and In the Mountain in the Cloud, I wasn’t surprised, though again a little bummed, not to hear some deep cuts (at least I have some fond memories of grimey club performances in the Church Mouth and Satanic Satanist days), but still dug the variance in what they tackled. Set to dim, swirling, psychedelic lights, Portugal equally rocked, grooved; evoked singalongs, dancing, and vibes; and delivered what they’ve been working more than a decade on refining- one hell of a huge, engaging rock show. In front of one of the most massive crowds of the season (I could barely get from one side to the other), it’ll surely go down as one of the high points of 2017. 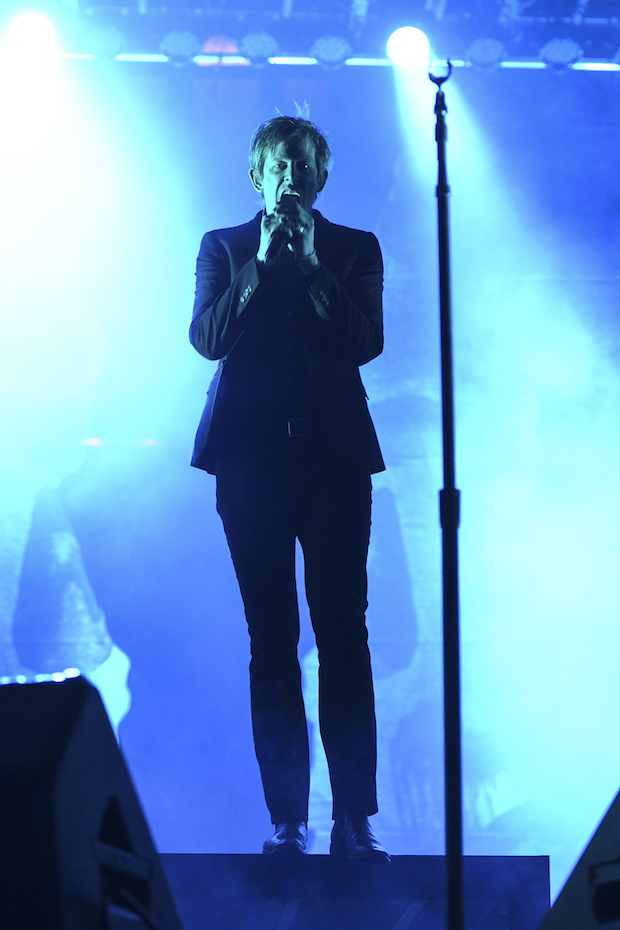 After Portugal. The Man, there was a bit of a mass exodus, likely a mix of the “Feel It Still” fans and the 9-5ers who needed to call it. That’s not to say the crowd for Spoon wasn’t impressive in its own right, and it was nice to, you know, actually be able to move again and to actually feel the nice, perfect weather as they got ready to take the stage. Much like Portugal were a highlight of Bonnaroo, Spoon were one of our favorite moments last month at Forecastle Fest, and, beyond that, certainly one of the best and most dependable indie rock acts of the past 25 years. They’ve long been atop our LOTG wishlist, and we’ve been floating on cloud nine ever since they were announced earlier this summer. Though it did feel like I just saw them in a festival setting, I was still excited to see the band in action yet again, especially with how much I love their inspired new effort Hot Thoughts. Wasting no time, Britt Daniel and co. launched right into new tune “Do I Have to Talk You Into It,” setting the tone high for a performance that would expertly balance old and new, paying fan service without feeling like a straight up “greatest hits” affair. While similar, I was happy to find that the setlist was distinct from Forecastle, and glad to get to watch the whole thing, after cutting that one short. Deep cuts like “Anything You Want” and “Small Stakes” shined next to favorites like “I Turn My Camera On” and “The Beast and Dragon, Adored,” and a run of “Don’t Make Me a Target,” “The Underdog,” and “Got Nuffin” towards the end had me feeling extra nostalgic (and in disbelief at the rate of which time passes) for when I first started getting into the group hard 10 years ago. Bona fide modern legends, Spoon played a perfect set in the way only they can, making it feel all the more surreal that this was a free, local event in a park and not some legendary Ryman outing. By the encore, I was beaming from ear to ear, and as they ended with “Hot Thoughts,” I found myself pondering how rare it is that a band who’ve been around as long as Spoon have new music strong enough to serve as an exciting closer. Yet another stellar week in the books, and I can’t wait to wrap it up with a huge season finale.

Live on the Green concludes with a three day, two stage blowout this Thursday, Aug. 31 through Saturday, Sept. 2, featuring impressive lineup of  Jon Butler Trio, Sheryl Crow, Future Islands, Dispatch, Drew Holcomb and The Neighbors, The Lone Bellow, Iron & Wine, Big Head Todd and the Monsters, LP, SHEL, The Record Company, The Delta Saints, Bahamas, Roots of a Rebellion, Goodbye June, Elliot Root, Carl Broemel, Ron Gallo, The Voodoo Fix, Jonny P, The Whistles & The Bells, Paper Route, Cordovas, Guthrie Brown, and Kids Fest with Mr. Steve. Keep an eye out for a full preview later this week, along with our coverage after the show. And, as always, head to LOTG’s site for more info.