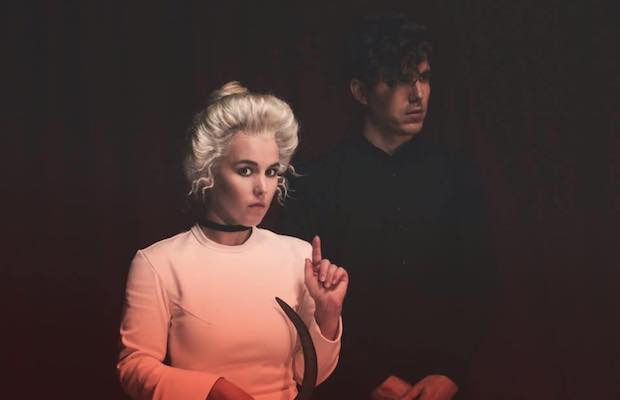 It’s been almost two years since Canadian synthpop duo Purity Ring last played Nashville, then celebrating the release of their long awaited and highly anticipated sophomore album, Another Eternity, which recaptured the buzz and magic of their hypnotic, near-perfect 2012 debut, Shrines, with wondrous bliss. Though there’s no word yet on exactly when we can expect LP3, the duo recently unveiled a brand new single, “Asido,” as a gift to fans in celebration of their debut’s fifth anniversary, along with a great accompanying animated video. The band are currently on the road for a high-profile supporting slot on Katy Perry’s Witness tour, keeping them busy throughout November and December, and Nashville lucked out thanks to geography and timing, as the duo are set to sneak off for a headlining show Dec. 11 at Marathon Music Works with Sound of Ceres, an off date between arena stops in Cleveland and Atlanta. They blew us away last time in Music City, and we’re sure this all ages show will be no exception. While you can still grab tickets right here, we’re thrilled to announce that we’re also giving away a pair of tickets to one lucky fan, so read on for more about the show and enter for a chance to win below!

Formed out of the ashes of Colorado project Candy Claws, Brooklyn’s Sound of Ceres double down on some of that band’s more dream pop sensibilities, crafting a lush, dreamy, experimental, shoegazey, and retro psych-tinged sound that earned swift praise for their 2016 debut LP, Nostalgia for Infinity. Similar to Purity Ring, their hype has only continued to grow tremendously, and the group’s recent sophomore album, The Twin, managed to once again  exceed expectations and former cement their style. The band couldn’t be more perfectly paired for this bill, so be sure to show up early!

Winner will be announced Thursday, Dec. 7 at 12 p.m. CST, and will receive one pair of tickets. Good luck!