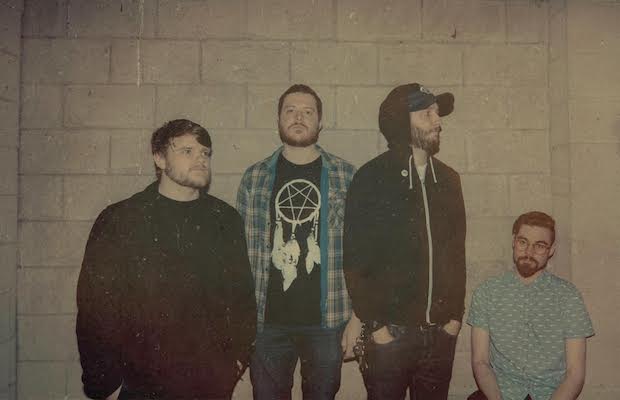 Founded by members of promising but short-lived local project Cellars, Low Mass bounded onto the scene swinging last year, shortly after their formation, with bombastic and intense debut single “Churches.” Based on its strength and a buzzy handful of live appearances, the group earned positive early praise (in an article for Noisey I also penned, I compared them to the “post-hardcore intensity of Toucé Amoré and the dynamic experimental sensibilities of late-career Brand New”), and landed on the radar of producer Gary Cioni (Crime in Stereo, Free Throw, Sorority Noise), who recorded their debut EP, Sleepwalker, at Barbershop Studio in New Jersey back in the spring.

Originally a trio, the band added Michael Pfohl, who also fronts local emo favorites Secret Stuff, at the start of the year, and his presence along with the imminent departure of bassist Thomas Nystrom, who moved out of state after recording and a final leg of touring, informed the style and tone of the EP, which just arrived Nov. 3 (stream it here). While “Churches,” which doesn’t appear on the release, gave us an early glimpse of what the group are capable of, Sleepwalker truly feels like a band settling into their own, exploring a range of dynamics, melodic intensity, earnest, personal, and angsty themes, and an overarching element of melancholy.

As Frontman Nick Dowell explains, “Sleepwalker is a reflection of a period in my life where I really wasn’t present and wasn’t paying attention.  I was moving through the day to day completely on autopilot and lost sight of who I was and what my goals were, until I had a moment of clarity and woke up in a manner of speaking.  These songs conceptualize that journey and the record stops just as I’m coming to this realization.  I’m working on the follow up to that now.”

Ahead of the EP’s release and Nystrom’s exit, the band, who are rounded out by drummer Christopher Hauser, filmed a performance for local live video series Sanctuary Sessions, featuring renditions of new tunes “Half Asleep” and “Fear,” as well as the one that started it all, “Churches.” Low Mass’s ability to not only faithfully recreate their sound live, but also to capture every bit of nuance and dynamic, is a sign that we should expect big things from this promising group in the future, and we’re very excited to exclusively premiere the live performance for you below!