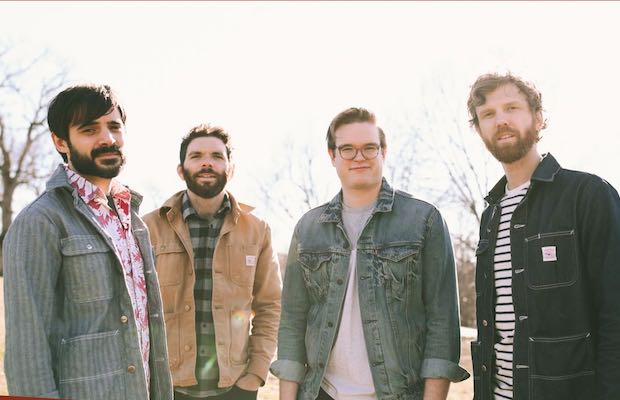 From humble beginnings, forging friendships in East Nashville living room jam sessions then soon earning top billing at local clubs, Humming House have been on their grind for a while now. In 2012, they released their self-titled debut, showcasing a hearty, acoustic, progressive folk vibe, akin to The Avett Brothers or The Head and The Heart. In 2014, they followed up with the live album House Party!, which showcased the amazing vocal harmonies between the then five person collective. By 2015, they’d recorded their second studio album, Revelries, which showed hints of more under their hood than just folk flair. They’d also started to really build a name for themselves not just locally, but all across the nation as well.

The band have dramatically broadened their sound since then, as well as making some personnel changes (vocalist/percussionist Leslie Rodriguez  has left the group). The remaining four members- Justin Wade Tam, Benjamin Jones, Joshua Wolak, & Bobby Chase- recently released their third record, Companion, which is painted in much broader rock and roll strokes than their previous work, while still touching on folk inspired elements that dominated the early material. The video for “Hope In My Head,” embedded after the jump, is the perfect introduction to an ever evolving band’s awesomely raucous new sounds.

Even better news? Humming House are playing tonight, Nov. 10 at Cannery Ballroom with help from some more very talented Music City residents. Look for foot stompin’, rock and blues duo Smooth Hound Smith, and pop infused indie rockers Airpark to help propel this all-local bill into the stratosphere. Tickets are currently available here, but please act fast, because this is easily one of the top shows of the weekend, and the buzz around town is tickets won’t last. Click on after the break for a taste of all the groups!

Humming House, Smooth Hound Smith, and Airpark will perform tonight, Nov. 10 at Cannery Ballroom. The show is 18+, begins at 8 p.m. (doors at 7 p.m.), and tickets are available to purchase for $17.