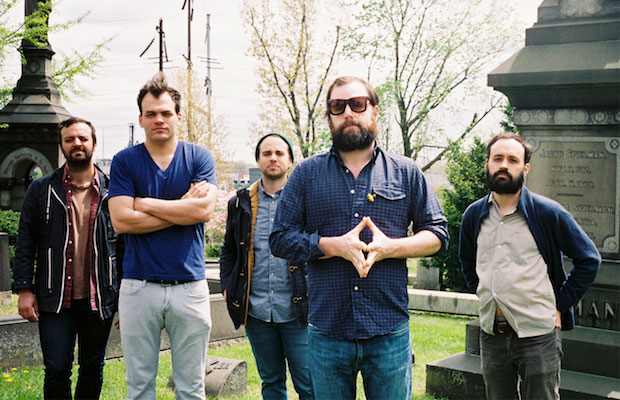 Hailing from Philadelphia and formed at the turn of the millennium, art-rock/post-hardcore outfit mewithoutYou return to Nashville tonight, Nov. 10 for the seventh time in three years; something that would normally seem excessive, but for a band this good, we’d devour their every show. Juxtaposing smart, philosophical and high-concept themes with musical elements of indie rock, alternative, post-hardcore, and art rock, mewithoutYou have amassed a loyal following over the years, enhanced by their personal, electrifying live show, genre-bending sensibilities, and blend of conceptual and deeply personal lyricism, which makes them one of the best, most versatile acts of the indie scene.

A few shows back, in 2014, the group celebrated the 10th anniversary of their fan favorite sophomore album Catch For Us the Foxes, and tonight they return to Mercy Lounge for another anniversary, this time stepping even further back to honor the 15th anniversary of the heavier, rawer LP that started it all, 2002’s [A→B] Life. An essential outing for any mwY fan, it should come as no surprise that tickets are nearly gone, so grab yours here or risk missing out. In the supporting slot and making things even more essential, likeminded, Baltimore-based, emo-tinged post-hardcore outfit Pianos Become the Teeth are a perfect match. And in the opening spot, buzzy Chicago newcomers Slow Mass, featuring touring members of Into It. Over It., are a damn good reason to show up early.