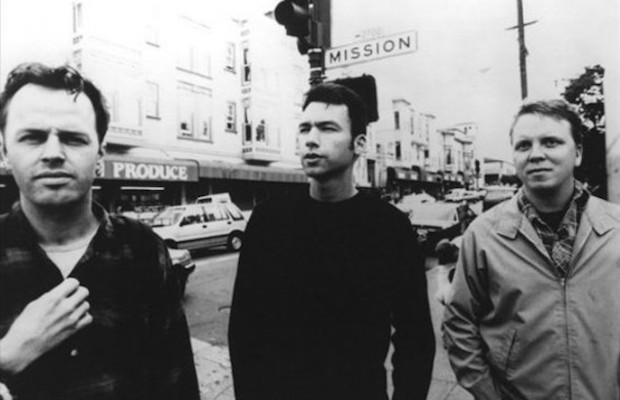 Earlier this fall, after 21 years of the occasional rumbling and rumor being swiftly shot down, seminal punk band Jawbreaker finally reunited for an inexplicable and inspired reunion at Chicago’s Riot Fest, reported to be a one-off (along with two more intimate club shows leading up to it), something of both a gigantic reintroduction and a fitting moment of closure for a band who never seemed to fully get their dues the first time around.

Formed in 1986 in New York, the trio released four full-lengths between 1990 and 1995, each of which have become modern, distinct punk classics in their own right. Despite underground success and critical acclaim, personal tensions mounted throughout their career, and as something of a last-ditch, they tried jumping to a major label for 1995’s Dear You, a slicker prototype for modern emo, but one that alienated longtime DIY punk fans and didn’t connect with critics or mainstream audiences at the time, serving as the nail in the coffin ahead of the group’s 1996 split.

In the two decades since, all three members have taken place in various other great projects (singer Blake Schwarzenbach’s Jets to Brazil, especially, achieved a cult following), and while reunion rumors have always swirled and even seemed likely at times, they long remained resolute in their desire to leave the past in the past- allegedly not for disinterest, but for fear they wouldn’t be able to do it justice.

One near (or semi) reunion took place ten years ago, when filmmakers Keith Schieron and Tim Irwin convinced the band to take part in a documentary, and got them together in a studio in San Francisco in 2007, for the first time in 11 years, to listen back to their albums and reminisce, as well as to jam a few songs, which were only recorded to audio. Over a decade in the making, the doc, featuring interviews with the likes of Billie Joe Armstrong and Steve Albini, and called Don’t Break Down: A Film About Jawbreaker, has finally seen the light of day, premiering back in August ahead of the group’s brief reunion.

Typical of indie films, the documentary is only playing in select cities, so we’re thrilled that the nearby Franklin Theatre will host a screening on Saturday, Nov. 11. So much more than just a screening though, 2/3 of the band, Blake Schwarzenbach and Adam Pfahler, will also be in attendance for a special Q&A, making this is an absolutely unique and once-in-a-lifetime event for any Jawbreaker fan. Tickets are available now, and we don’t expect them to last.

Additionally, local artist Adrien Saporiti, creator of the popular “I Believe in Nashville” murals, has teamed up with the band for a very limited “I Believe in Jawbreaker” poster run, five of which are being auctioned off online to benefit Everytown for Gun Safety.

Finally, while Blake and Adam are in town, they’re also slated to stop by Grimey’s on Sunday, Nov. 12 at 1 p.m. for a signing and meet and greet. The shop will have records and t-shirts available, or you’re welcome to bring your own item. While the screening the prior day does feature a Q&A, no signing has been scheduled, so if you’re a big fan and want all of the Jawbreaker time you can get, catching both is your best move. It should be noted that no music is expected to be performed at either event, but Jawbreaker have been hinting at the vague possibility of further shows in the future (and hey, sounds like you’ll have a chance to ask them in person if you so desire).

The post originally ran Oct. 26, and was updated Nov. 10 to include additional details.