U2 to Play Bridgestone Arena May 26 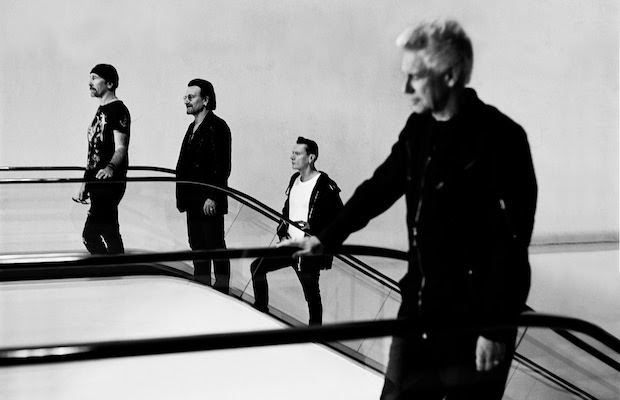 Though they just spent months of this year on the road for an epic and triumphant tour in honor of the 30th anniversary of their seminal album The Joshua Tree, if you’re familiar at all with legendary Irish rockers U2, you likely know they’re not ones to lean on nostalgia, and certainly don’t often run out of stamina. The group’s last full-length, Songs of Innocence, dropped in 2014, and an arena run the following year earned rave reviews and huge sales. After doing a worthy amount of fan service with The Joshua Tree run, which included a rare festival appearance, headlining this year’s Bonnaroo, the band are turning again towards the future, having recently announced their 14th album, Songs of Experience, which will arrive on Dec. 1 via Interscope. Meant to serve as a companion album to Innocence, the band will follow 2015’s iNNOCENCE + eXPERIENCE Tour and support Experience with an eXPERIENCE + iNNOCENCE Tour, which brings them to Bridgestone Arena on May 26, their first show in Nashville proper since a show at Vanderbilt’s stadium in 2011 (which, itself, marked their first time in Music City since a pair of dates in the ’80s).

Tickets go on sale here Monday, Nov. 20 using Ticketmaster’s Verified Fan program, with pre-sales beginning Nov. 14 for verified subscribers of the group’s fan club, and Nov. 16 for verified qualifying Citi cardholders. If you’ve never used Verified Fan before (this is the first national arena tour to employ the tech, meant to keep the spots away from scalpers), this is very important: you must register here by Nov. 18 for a chance to buy tickets. So sign up now, pre-order the group’s new LP, watch the video for previously released single “You’re the Best Thing About Me,” stream new jam “Get Out of Your Own Way” featuring Kendrick Lamar, and check out a full list of tour dates below!