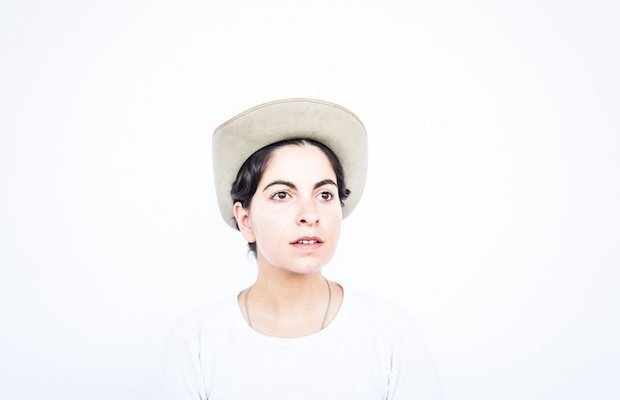 Earlier this month, on Oct. 6, local indie country/folk rock singer-songwriter and longtime site fave Becca Mancari released her debut full-length, Good Woman, a dreamy, road-worn, forlorn, and confessional culmination and documentation of several years of travel and transformative life experiences, funneled into an absolutely beautiful and earnest masterpiece, a triumph of a debut that should be on everyone’s short-list for album of the year.

Since we told you about first single “Arizona Fire,” as well as Mancari’s surprise supergroup Bermuda Triangle, along with Alabama Shakes’ Brittany Howard and singer-songwriter Jesse Lafser, who’ve since gone on to release two tracks of their own and embark on a small tour, Becca debuted two fantastic music videos, for breezy single “Summertime Mama” and a gorgeous spot for powerful song “Golden.” Now, with Good Woman finally out in the world and receiving universal acclaim, Mancari has unveiled yet another new video, this time for deeply personal opening tune and lead single “Arizona Fire.”

With sweeping southwest scenery, and lingering, shots of narrative throughway, and thoughtful closeups of Mancari singing, the video perfectly captures the mood of the track, and will leave you wanting to watch it over and over. Hit play below, and be sure to check out Good Woman ASAP if you haven’t yet heard it. You can also catch Becca live Thursday, Dec. 7 at 3rd and Lindsley, where she’ll host a hometown release show with support from Good Buddy, and very special guest Bermuda Triangle. Grab tickets right here.