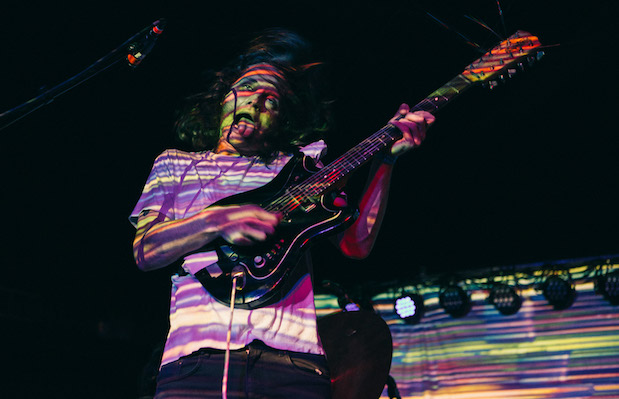 Rowdy Aussie psych/garage punks King Gizzard & The Lizard Wizard recently kicked off their North American tour in Music City, blowing the roof off a sold out performance at Cannery Ballroom with help from alt indie outfit Mild High Club. Known for their high energy, free wheeling live performances, King Gizz did not disappoint, putting on easily one of the best shows we’ve seen all year. Read on for a full review, and some great shots of the festivities from contributing photographer Amber J. Davis.

Bubbling over with anticipation for one of my top three active bands, I quietly stared out the window in the back seat of our Lyft, while my friend chatted with the driver. Overall, it would be my third time seeing King Gizzard do their thing in person: once at Bonnaroo, at a sold out Mercy Lounge engagement, and now, sold out again, at Cannery Ballroom. I’d been equally impressed by both prior performances, and the that trend continued. 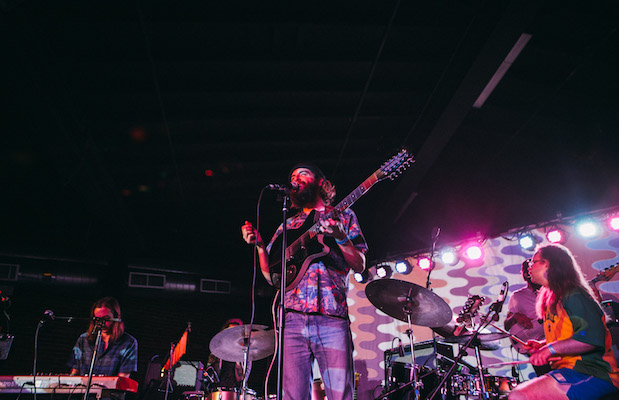 The outside of the venue was a bit of a madhouse, and while we waited in line, we talked about how we thought Gizz and the show openers, Mild High Club, would approach their respective sets. Considering the two bands released a joint effort entitled Sketches of Brunswick East in August, they could present things in any number of ways. To play the newer songs, they could possibly be jamming an incredible twelve people onto the stage (Mild a five person collective, Gizz a seven) at the same time in an epic, power house presentation that was sure to be memorable.

I finally got in and ordered a round at the bar about a song in, and it appeared to be just Mild High Club playing their chilled out, ambient psych rock, backed by a trippy light show. I found them instantly likeable and the perfect way to start the evening; very funky at times with elements of improvisational jazz, they perfectly set the table for the evening of amazing live music, creating a great sonic base, slowly building in intensity as the setlist went on. I’d never heard of them until they collaborated on a record with the headliners, and I can honestly say they won me over. They’ve received extended airplay in my personal music rotation. 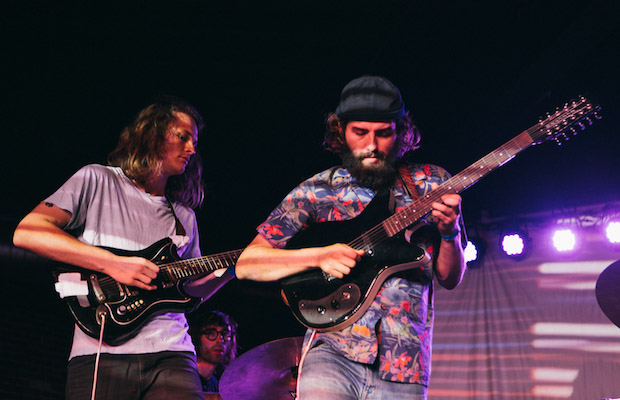 In an epic, but not completely surprising move, a few members of King Gizzard slowly got to the business of setting up, while Mild High Club continued down the rabbit hole on a tasty instrumental jam. Seamlessly, they shifted into some of the material from the collaborative LP, while other performers shuffled in and out. It became obvious that most of the musicians in both groups played multiple instruments, as they traded off duties on this or that. Working out quite well in my opinion, since the first set just faded into the second without a long break between performers, it was really cool to see how effortless they all made it seem, especially since I knew the Nashville show was their first go at it on this tour. 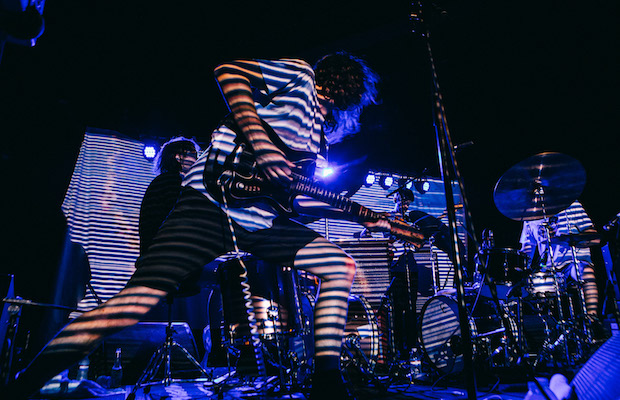 Eventually, it was whittled down to just the seven members of King Gizzard, and they stopped ever so briefly to address the crowd, let everyone take one deep breath, and then we all were off on an all out psychedelic rock ‘n’ roll thrill ride! They dove into their incredibly deep (eleven albums to date, three released just in 2017) catalog, opting to start out with the experimental conceptual narrative material from Murder of the Universe. Incorporating retro, sci-fi movie voice overs into heavily synthed, and effects laden instrumental was the perfectly creepy way to start our journey. With the proper mood set, the group blasted hard and fast into some of the more punk/metal songs of I’m In Your Mind Fuzz and Nonagon Infinity, including teasing us with just a few bars of crowd pleasure “People-Vultures,” before veering off into another direction. Their ability to bounce around genre, while always keeping the crowd’s interest and energy up, is what makes them so wonderfully unique.

By the halfway point, they established that they were going to keep things fast and loose from there on out, and the crowd was getting rowdier by the minute. Crowdsurfers took to the air, much to the chagrin of security who, a bit too aggressively, took the various unruly concert goers down. It was obvious the band wasn’t thrilled with people trying to damper the awesome, and completely positive vibes, and they even stopped the show at one point to make sure one kid in particular was OK, and still in attendance after being taken down from a surf. He was unharmed and in fine spirits, so the show continued with roaring applause, flawlessly picking up right where it left off. Bringing the mosh pit to a froth with “Rattlesnake,” they officially melted everyone’s skulls when they came back to “People-Vultures,” jamming it out for what felt like hours. A perfectly, and purposefully laid out set, that had dozens of spun out fans sitting cross legged in the parking lot babbling about what they’d seen for hours after the fact. An amazing show, and some truly awesome photos below from Amber J. Davis below!