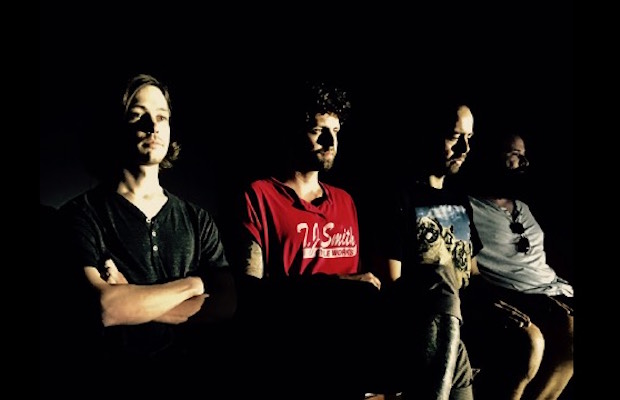 As with many musical projects, HARI began as a bedroom recording vehicle for Taylor Lowrance, until he recruited fellow Shy Guy alums Ben Crannell and Brennan Walsh and bassist Seth Ferguson to flesh out the new sound.  The result, that you’ll hear in their debut EP Daze in the Sun, is a shoegazey pop gem whose shimmery guitars echo of DIIV, Real Estate, and Slowdive, but with songwriting inspiration from the likes of idols Springsteen, Neil Young, and Ryan Adams.

We’re thrilled to be bringing you an exclusive premiere of Daze in the Sun below before its official release this Friday, Oct. 13.  The band are also hosting a local release show at The 5 Spot on the same day, with a stacked supporting lineup including a like-minded, garage-leaning outfit Only, rising local songwriter Mark Fredson, and Bleary (a new project featuring members of Dogtooth).  You can find out more about the event via the Facebook page.  HARI will also be back at The 5 Spot again on Sunday, Oct. 15 to perform at the benefit for local bad ass Caroline Bowman.

Stream Daze in the Sun below!

HalfNoise Unveils Official Video for Groovy Single "Scooby's in the Back"