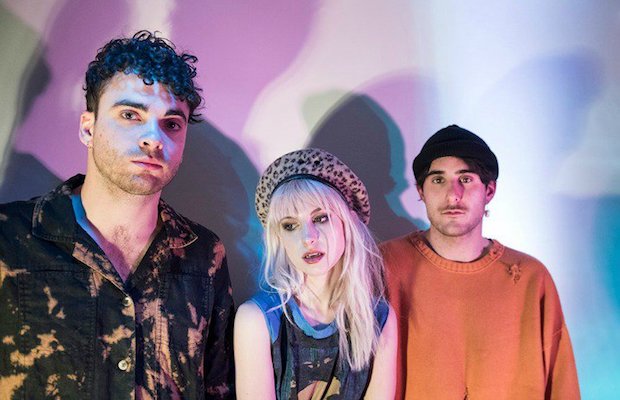 Currently on the road in support of their phenomenal new album After Laughter, a retro, poppy, intensely personal and emotionally nuanced masterpiece, local rock outfit Paramore recently stopped by NPR to take part in their popular, stripped-down Tiny Desk series, to perform three tracks from their new LP: “Hard Times,” “26,” and “Fake Happy.”

Backed by members of their touring band, Logan MacKenzie, Joey Howard, and Justin York, Paramore’s Hayley Williams, Taylor York, and Zac Farro deconstruct the songs to stunning effect, with “26,” one of the album’s most vulnerable and contemplative tracks, featuring just Williams with York on guitar.

With its shimmering, poppy exterior and synthy, dance-worthy production, it might be easy to overlook just how well-constructed and powerful After Laughter‘s songs are at their core, and hearing them stripped down and presented this way is a true testament to Paramore’s talent and performance strength; they’re fantastic in a loud, high-energy setting, but can just as easily scale it back and command the same level of resonance. Watch below!

As we previously announced, Paramore will play a hometown show at The Ryman on Oct. 17, but that, like their concert cruise next spring, has long since sold out. Until another future Nashville outing materializes, you can relive their recent return to stage at Exit/In for their first show in two years, pick up a copy of After Laughter on vinyl, and keep an eye out for updates on video releases, TV appearances, and more!