The Jesus Lizard to Kick off First Tour in Eight Years Dec. 8 at Cannery Ballroom 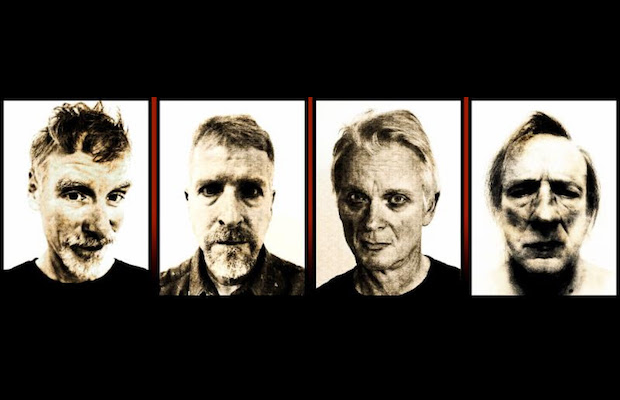 Heralded as one of the greatest (and wildest) live bands of all time, Chicago (by way of Austin) noise/alt/post-hardcore pioneers The Jesus Lizard recently announced a reunion outing at December’s Day For Night Festival in Houston, which, we hoped, meant more dates would follow. Thankfully, that hunch turned out to be true: not only have the group just plotted their first tour in more than eight years, but they’re also set to kick it off right here in Nashville, with a Dec. 8 appearance at Cannery Ballroom, before hitting Chicago, New York, LA, and San Francisco ahead of their festival spot in Texas.

Formed in 1987, The Jesus Lizard released six seminal LPs between their 1990 debut, Head, and 1998’s Blue, earning critical acclaim and underground success, but never quite achieving the commercial breakthrough of some of their peers of the ’90s alt rock explosion (perhaps because they were always a bit weirder, more bombastic, and harsh- great for underground music fans, but not so much primed for mainstream radio). After initially disbanding in 1999, the band reemerged in 2008, for a reunion run in celebration of the re-releases of their albums, before calling it quits once more in 2009. In 2013, frontman David Yow released his first solo album, Tonight You Look Like a Spider, and, of course, guitarist Duane Denison has long been part of alt rock supergroup Tomahawk.

While their last reunion led to a quite a few dates and nearly resulted in a new album (which was ultimately aborted), it’s unclear whether this stint will expand to anything more than the six dates announced, making their Nashville stop, the band’s first in eight and a half years, all the more special. Tickets go on sale Friday, Oct. 6 at 10 a.m. CDT right here, and we’d suggest grabbing them quick!