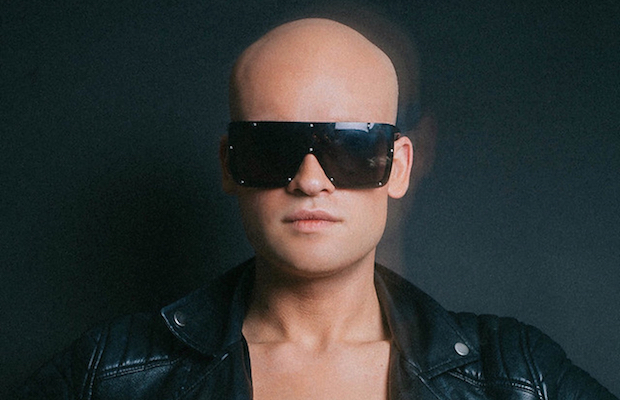 It’s been nearly a decade since Lady Gaga appeared in pop culture’s consciousness with debut album The Fame, featuring hits like “Just Dance and “Poker Face.” Since 2008, there’s been a crop of artists influenced by Gaga’s music, visual style and LGBT advocacy. 22 year old Benjamin Poss represents a vivid link between Gaga and a new generation of Little Monsters who are creating art. The Nashville based pop artist celebrates his debut album Brainwashed with an exclusive first listen here at No Country ahead of its release on Sept. 29.

On Brainwashed, Poss explores conflict in sexuality, body image and relationships. Rather than getting trapped in the dark underside of these themes, Poss confronts them head-on with messages of acceptance and love atop shimmering production. The title track and “Back To You” would be perfect in killer 2017 remake of Footloose (which obviously didn’t happen in 2011), while the twilight synth lines of “Lights Out” give way to a clear eyed anthem in “Skin.” The record closes with dusky and carefree “LA Sunsets” and autotuned vocal statement “Hologram.”

Poss says, “I finally get to show people what’s been inside my head and on my heart for the past year and a half. It’s been a marathon of emotion the past few weeks, because it’s my first real full-length baby (laughs). It was important to me that the next body of work I write and put into the world be a full-length album. I just had to much to say. It is was what my heart needed to create to fulfill a huge part of me and to heal the parts of me that I didn’t even know needed healing. I needed to write it, produce it, live it, and then reconnect with myself. I think that’s the real process of making a record… living and breathing this piece of art you’ve created, and then coming off of this artistic high only to reconnect with yourself and your listeners on a deeper level. That’s everything. I’m very proud of what I’ve created. I hope people can hear my ‘technicolor heart’ on this record.”

Listen to Benjamin Poss’ Brainwashed below.