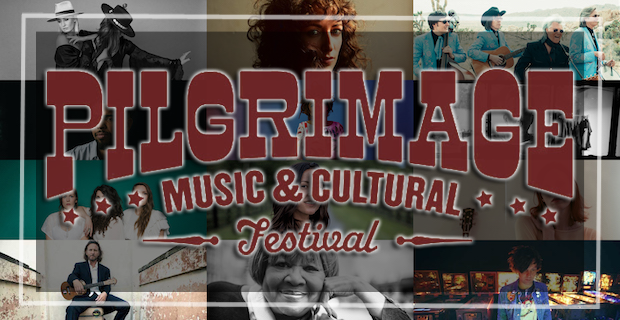 We’ve been buzzing about it for months, and the week has finally arrived, as we prepare to head to Franklin’s Park at Harlinsdale this weekend, Sept. 23 & 24 for the third annual Pilgrimage Music & Cultural Festival. We had a blast at years one and two, and thanks to an impressive lineup, even more buzz, and one high-profile new partner turned headliner, this year’s installment promises to be by far the biggest yet. With around 50 acts, both local and national, slated to perform across four stages over two days (not to mention a kids stage), plus local artisans and vendors, Pilgrimage is a community-rooted fest designed for music lovers of all ages and walks of life, and we feel incredibly happy to have such a great, growing event in our backyard. While tickets have now sold out entirely, we still wanted to help those attending make the most of the weekend with our handy festival guide, highlighting our top 12 artist picks, three from each stage, broken down for each day of the fest. To get you ready to make the Pilgrimage, check out our Saturday picks here, and our 12 most-anticipated Saturday performers below!

A duo made up of Pilgrimage veteran and celebrated local singer-songwriter Alyssa Bonagura and Ruby Stewart, daughter of the legendary Rod Stewart and an accomplished artist in her own right, The Sisterhood combine breezy, west coast folk with country, and pop rock. Finding a perfect melding of styles, the high-profile collaboration has so far yielded one EP, and you should definitely have an eye on them.

Born in Israel and now based in Brooklyn, indie singer-songwriter Rosi Golan has been attracting praise for her folky, personal sound for around a decade, her songs frequently winding up in television placements and landing her a wide variety of supporting slots from acts in a wide spread of genres. Her versatile and polished performance style will be especially well-suited for the intimate Shady Grove stage.

While a few of the more country-leaning act appearing at Pilgrimage this weekend aren’t so much our cup of tea, the legendary Marty Stuart, who got his start backing Johnny Cash, is the real deal. The local legend was a mainstream staple throughout the ’90s, and continues to innovate with his latest band, Marty Stuart & His Fabulous Superlatives, whose latest LP Way Out West is a late career high point.

LISTEN | “Whole Lotta Highway (With a Million Miles to Go)”

Melding blues and southern drenched soul, local singer-songwriter Devon Gilfillian, a veteran of our Acme Feed & Seed series, is a definite artist to keep an eye on, and a welcome addition to this year’s Pilgrimage slate. His recent self-titled solo release was one of our favorite local records of last year, and his transcendent live show is honed by years of eclectic influences and artistic experimentation.

Hailing from nearby Memphis, singer, songwriter and multi-instrumentalist Valerie June has been an exciting fixture in the Americana scene for a decade, melding blues, folk, soul, gospel, country, and bluegrass to form her inspired sound. We’ve been obsessed since 2013 breakout album Pushin’ Against a Stone, and Valerie’s latest, this year’s The Order of Time, is a worthy and engaging followup.

LISTEN | “Pushin’ Against a Stone”

St. Louis native Pokey LaFarge is hesitant to be labeled retro, as he believes he’s continuing a tradition of American music that never died, but from his sound to his look, it feels like stepping through a time machine to the heyday of jazz, blues, and folk. Along with his talented backing band, Pokey has amassed quite a loyal following, and his versatility and nostalgia feels expertly suited for this fest.

Portland based, pop folk sister trio Joseph have been making quite the festival rounds this summer, and though we’ve had a few chances to see them already, they’re still high on our list as an essential act at Pilgrimage. Last year’s sophomore effort, I’m Alone, No You’re Not, was a powerful and accessible gem in the indie folk landscape, and live, their soaring harmonies and engaging show is a delight.

Amanda Shires played Pilgrimage last year as part of her husband Jason Isbell’s backing band, but this time around she brings her phenomenal solo show to the fest, still buzzing from the release of her gorgeous 2016 effort My Piece of Land. The singer-songwriter and violin virtuoso is a gem in the folk and Americana scene, and though she’s an asset to Isbell’s band, it’s always a delight to see her on her own.

Though she still maintains residence in Music City, supermodel and accomplished musician Karen Elson returned to her native U.K. to craft her wonderful recent sophomore effort Double Roses, a “post-divorce” record which marks a shift to more personal songwriting, and boasts an impressive stable of collaborators. Her recent Third Man release show was one of the year’s best, and her Pilgrimage set should be no less stunning.

Undoubtedly best known for fronting beloved, iconic Seattle alt rock band Pearl Jam, Eddie Vedder has been impressing us for a decade by flexing a different range in solo releases, first by solely crafting a sparse and gorgeous soundtrack to 2007’s Into the Wild, then exploring intimate arrangements with 2011’s Ukulele Songs. Count on him to tackle plenty of Peal Jam faves and likely some other covers too.

From the moment this year’s Pilgrimage lineup dropped, we were floored to see the inclusion of r&b/soul icon Mavis Staples, who, with crossover guest spots, high-profile appearances, and well-deserved accolades, has been experiencing a lot of extra attention lately. Not just an icon, Staples’ history as an outspoken civil rights activist also feels especially well-timed, given our current political and social climate.

Pilgrimage is still a young fest, but after turns from the likes of Beck, Wilco, and Weezer in recent years, Ryan Adams has been high up on our wishlist of likely picks. A versatile, prolific, and immeasurably influential figure in rock and folk, Adams’ punk spirit, inner demons, and unwillingness to adhere to genre conventions have earned him a cult following, and his show is equal parts fun and accessible, and substantive and earnest. With its heartbroken themes and country undertones, last year’s Prisoner felt like a callback to Ryan’s earlier work, but no matter what era of his diverse career you favor, you’re likely to hear a bit of represented in his always unpredictable but also always incredible live show.

WATCH | “Do You Still Love Me?” (Official Music Video)