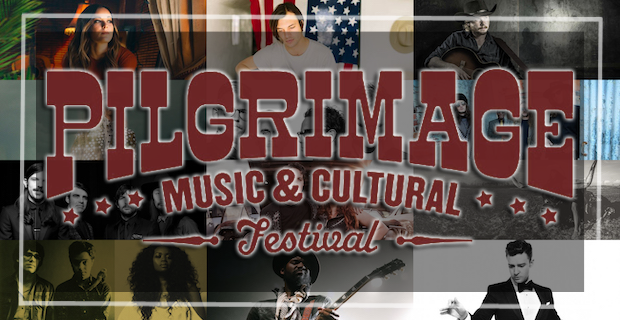 Since first turning heads with her 2014 single “Overdue,” local transplant Jillian Jacqueline has fast become a buzzworthy fixture in the country scene, combining pop hooks and smart songwriting to hone a sound with tons of crossover potential. A string of recent singles, culminating in new record Side A, make her Pilgrimage appearance feel especially well-timed.

Local singer-songwriter Cody Huggins has been making his mark on the Nashville scene for a few years now, honing a rootsy, nostalgic rock sound that feels primed to make him a breakout performer. Beating out more than 900 entrants to win this year’s #PlayAtPilgrimage contest, Huggins earned his way onto this year’s lineup, which alone should warrant waking up early to catch him.

LISTEN | “Nothing Without You”

Fresh off of Americana Fest, Canadian outlaw country troubadour Colter Wall returns after debuting at Pilgrimage in 2016. From his looks to his grizzled sound to his worldly perspective, the young singer-songwriter feels like a performer out of place and time, but his intriguing, old school country sound earned the attention of famed producer Dave Cobb, who helmed his recent debut full-length.

LISTEN | “The Devil Wears a Suit and Tie”

Local folk tinged rocker Aaron Lee Tasjan has been a longtime site favorite, his 2015 LP In the Blazes and last year’s Silver Tears both making our list of best local releases in their respective years. A dynamic and seasoned performer, Aaron is steadily becoming a festival fixture, and his engaging, warm style mixed with personal, earnest songwriting makes him a must-see at every chance.

Natives of Franklin, eclectic indie rockers Colony House have been an impressive local success story in recent years, their 2014 debut, When I Was Younger, propelled by lead single “Silhouettes,” earning them national attention. As their presence continues to rise, and with a strong sophomore album in tow, they feel perfectly primed this year to appear at their hometown’s fast-rising fest.

One of Nashville’s best and perhaps most underrated acts, blues infused, punk spirited rockers Blackfoot Gypsies return after an impressive turn last Pilgrimage, still riding high on the praise for their stellar new LP, To the Top. A raucous and uncontainable live force, their early morning set is sure to provide the jolt of energy needed to wake you up and set the bar high for a full day of great music.

Perfectly primed to be festival headliners, The Avett Brothers would likely take top billing if not for the star power of Justin Timberlake. With their engaging and earnest indie folk sound and years of road-worn polish, they’re an absolutely transcendent live outfit, and one who keep impressing with strong new releases at a regular clip, most recently last year’s Rick Rubin produced ninth LP True Sadness.

WATCH | “I and Love and You” (Official Music Video)

The chemistry of husband and wife folk/Americana duo Shovels & Rope is unrivaled, and the amount of noise they make for just two people an impressive sight to behold. A favorite of ours since breakout 2012 sophomore effort O’ Be Joyful, the duo most recently dropped Little Seeds, and are always a memorable, exciting, and warm addition to any festival bill. Expect them to steal the show!

One of many returning local performers, outlaw country badass Nikki Lane is having perhaps her most buzzworthy year ever, thanks to her stellar recent third album Highway Queen. An essential fixture in the local music scene, Lane is everything right about Nashville’s lesser-touted but incredibly exciting revivalist/alt-country scene, and her live show has all of the attitude and punch of her records.

LISTEN | “Down to the Wire”

Local soulful, alt pop singer Ruby Amanfu and twangy, eclectic instrumental duo Steelism would both be essential picks on their own, but performing together, something they tried earlier this year at Rhythm N’ Blooms, and later re-teamed for collaborative track “Roulette,” makes this performance extra special, and shoots it up high on our list as a must-see. Once again: show up early for this fest!

While Austin based blues rocker Gary Clark Jr. is no stranger to the festival circuit, and not shy about regularly visiting Music City, he still manages to find new ways to impresses us, and retain a fresh unpredictability, each and every time. With a new wave of buzz thanks to a powerful Beatles cover, the genre-bending guitar virtuoso feels like a great fit for this bill, and is likely to top many a best-of list for the weekend.

Despite now maintaining a local residence, and joining on as a partner and producer ahead of last year’s Pilgrimage, it still feels surreal that Justin Timberlake, a certifiable international superstar, is actually headlining a growing festival on a horse farm in Franklin, Tennessee. A one of a kind, transcendent, and incredibility versatile talent, JT, who’s largely been taking time off the road this year, is the kind of headliner festivals much larger would kill for, and his performance is sure to be so good that it might be hard to focus on anything else the following day. He’s surely the sole reason many will be attending, and you’d be out of your mind not to catch him in action.