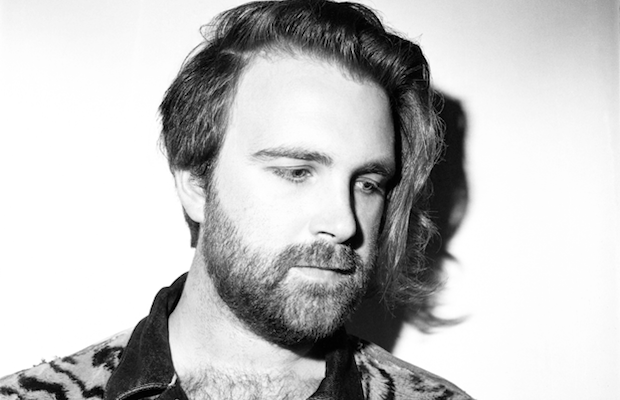 We’ve been buzzing about local rocker J. Marco for a awhile now, and even invited him to play our Acme showcase series earlier this year. Though he’s been a fixture in the Nashville scene for a minute, previously fronting New City Savages after relocating to Music City from Massachusetts, his introduction for many likely came from last year’s strong debut solo LP, Myth, which showcased J.’s unique blend of fuzzed out garage rock, punk, and pop, and immediately hooked us as one of the best local releases of 2016.

In the year since his debut, Marco has become a formidable live presence on the local show circuit, and is already prepping to independently release another album, Days of Surrender, on Sept. 29. The last couple of months have seen several singles arrive already- “Say Goodbye,” “Now That It’s Over,” and “Days of Surrender”- all of which suggest that J. has further honed his sound and adopted a harder, grittier punch while still maintaining a pop accessibility, and we’re very excited today to bring you one more track before the record drops: “Bad News.“

On the inspiration behind the single, Marco explains, “Bad News, you know people that are addicted to it. Maybe it’s you. It’s me sometimes, too. Loving, spreading, and worshipping bad news turns you into a bad feelings generator, draining everyone. Bad News launches millions of invisible misery inducing microscopic missionaries spreading the word of ‘the glass is half empty’. This song comes from the bad news negative feedback vortex of destruction.  And, it was fun to make.”

Unlike some of his more polished, glitzy, and sterile local indie, pop, and garage rock contemporaries, J. Marco manages to maintain the raw, gritty earnestness of his punk upbringing, and funnel it into guitar-driven, hook-laden, anthemic rock  bliss. With “Bad News,” and the rest of Days of Surrender we’ve heard so far, he’s become an even more essential rising force in Nashville’s diverse rock scene, and will certainly be a short-list contender for best local release for yet another year.