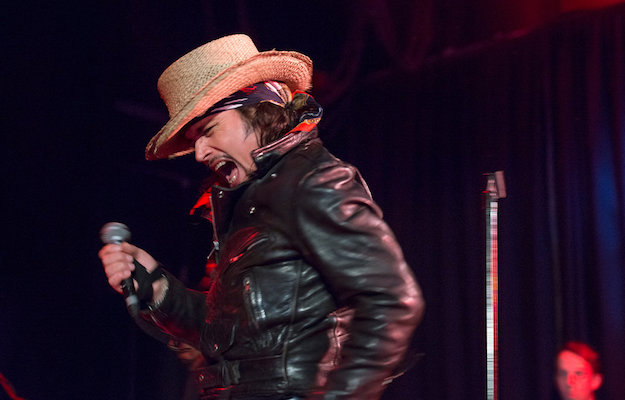 After a bit of a break from music throughout the ’00s, eccentric, eclectic British glam rock icon Adam Ant mounted a comeback a few years ago, complete with the release of his sixth solo album and first in almost two decades, Adam Ant Is the Blueblack Hussar in Marrying the Gunner’s Daughter, in 2013. Since then, the former frontman of late ’70s/early ’80s new wave/post-punk trailblazers Adam and the Ants has been rising once again in recognition, and this fall he’s touring the globe for a run focused entirely on the hits. Dubbed “Anthems: The Singles Tour,” the U.S. leg of the trek will see Ant’s over the top live show return to Nashville Sept. 24 at War Memorial Auditorium with Glam Skanks, following an outing at Cannery Ballroom in 2013, which, itself, was the singer’s first stop in Music City in decades. Tickets are available here, and we definitely encourage you secure your spot, but we’re excited to announce that we’re also giving away a pair of tickets to one lucky fan! Read more about Adam Ant and enter below!

Winner will be announced Thursday, Sept. 21 at 12 p.m. CDT, and will receive one pair of tickets. Good luck!

Adam Ant and Glam Skanks will perform Sunday, Sept. 24 at War Memorial Auditorium. The show is all ages, begins at 8 p.m., and tickets are available to purchase for $35-135.