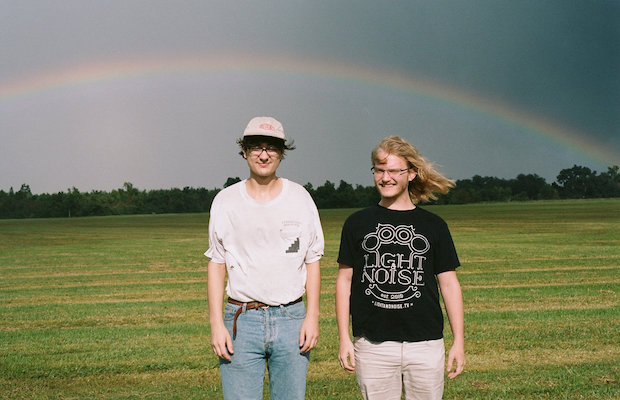 Paritally-local, chilled out, ambient pop duo Bent Denim really caught our attention with their stellar recent release Diamond Jubilee, but fortunately that is just the tip of the iceberg with these guys, who’ve been crafting sweeping, layered, lo-fi music for the last several years. After a supporting spot last week with Ratboys, the half-Nashville based group (they claim New York and New Orleans as bases of operation as well) are set to already return for a headliner at The Basement, on Sept. 9, and with help from like-minded locals October Tooth, and resident lo-fi rockers No Ritual, it promises to be one of the best shows of the fall. There’s still time to snag some tickets right here, but we’re also giving away a pair of tickets to one lucky fan! Read on for more about the lineup, and enter for a chance to win below.

Another Nashville based duo creating an excellently ambient version of minimalist indie rock, October Tooth appear to be much more mysterious than the headliners. Other than the performer’s names (Zachary Carter Threlkeld and Sam Gidley), some photos on Tumblr, and a note on their Facebook about how they only release music in the month of October, there really isn’t much out there on these guys. However, true to this once-a-year release mantra, they have several stellar records out, dating back to 2013 first EP One. So get familiar with their 2016 release, Easy Corners, below, see what they’re all about in person next month, and be sure to scroll on to enter our giveaway.

Winner will be announced Wednesday, Aug. 6 at 12 p.m. CDT, and will receive one pair of tickets. Good luck!